Last night, around 8 p.m., a pedestrian crossing West End Avenue in Manhattan was struck by a car.

Police say that an 87-year-old man driving a Nissan Sentra was traveling northbound on West End Avenue when he struck a 73-year-old crossing the street. The victim was traveling east to west across West End. 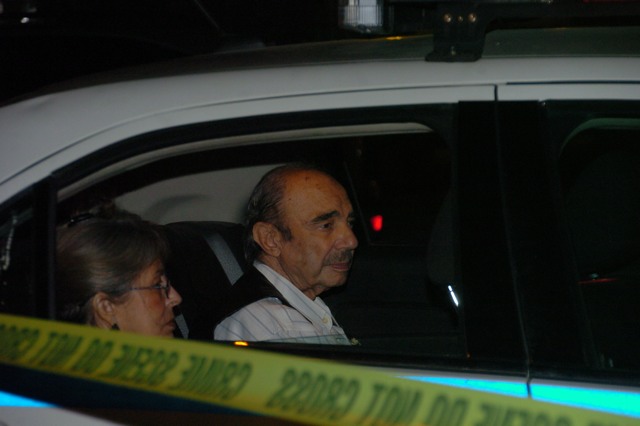 The driver remained on the scene (David Torres)

The victim was taken to St. Luke's Hospital, where she is in critical condition. The driver stayed on the scene and no criminality is suspected at this time.

This is one of many incidents where pedestrians have been struck by vehicles on or turning onto West End Avenue. This year, Cooper Stock, 9, was killed when crossing 97th Street with his father when a taxi turned from West End and Jean Chambers, 61, was crossing West End when a car turning from 95th Street fatally struck her.

Residents and lawmakers have been outraged at the "epidemic" of pedestrian fatality and injuries. The Department of Transportation will be transforming West End from four lanes of traffic (two northbound, two southbound) to two lanes (one north, one south) plus a median/turn bay area.