Another Pedestrian Struck At Dangerous Upper West Side Intersection

A witness says a pedestrian was struck by an NBC van at a dangerous Upper West Side intersection this morning. According to the FDNY, the incident happened just after 8 a.m. this morning at W 96th Street and Broadway. It's unclear whether she had the light at 96th when she was trying to cross. The woman was taken to St. Luke's Hospital with minor injuries.

Witness and photographer David Torres, who arrived at the scene minutes after the collision, told us that the white news van had the NBC insignia on it. You can see that van, which stayed at the scene, in the photo below. 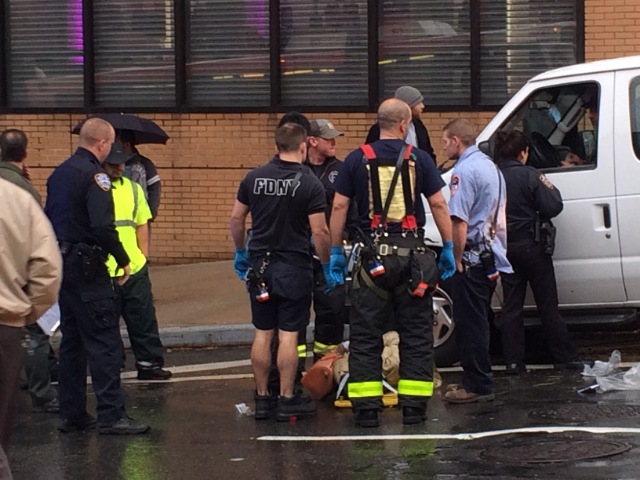 There were a series of vigils and protests in the wake of these incidents, which has led to some major changes to the layout of the intersection.