Another Midtown Melee This Afternoon 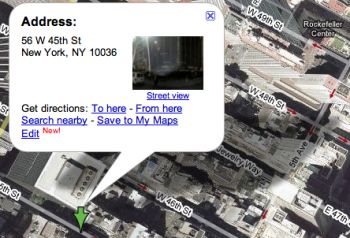 Last week there was a shooting outside of a Starbucks on 56th Street, yesterday morning a man was robbed and killed on East 39th Street, and now the NYPD is reporting that three people were stabbed near 45th and 5th at lunchtime today.

There are currently some conflicting reports; WNBC says that it all went down on a sidewalk and that two people suffered stab wounds to the hand while a third was cut in the face. The NY Sun claims the dispute was between a diamond importer from India and another businessman "in his sixth floor suite at 56 West 45th Street," over a debt owed to him. They also say that the diamond importer stabbed the man in the torso, and then stabbed a second man in the hand when he tried to intervene (leaving two, not three, victims).

The injured were taken to Bellevue where their conditions are not yet being released (though they are reportedly not life threatening), while the suspect is in custody. What's up with Midtown lately?

#india
#midtown
#ny sun
#nypd
#stabbing
#starbucks
#The NY
#The NY Sun
#West 45th Street
#wnbc
Do you know the scoop? Comment below or Send us a Tip