And The Most Ubiquitous Chain Store In NYC Is...

As you finish up your holiday shopping, just consider some stats from the Center for an Urban Future, like this one: "There are now 16 retailers with more than 100 stores across the city." Topping that list is Dunkin Donuts, with 536 stores. At least one had a very bad rat problem this year.

Take a look at this map at the chain store saturation: 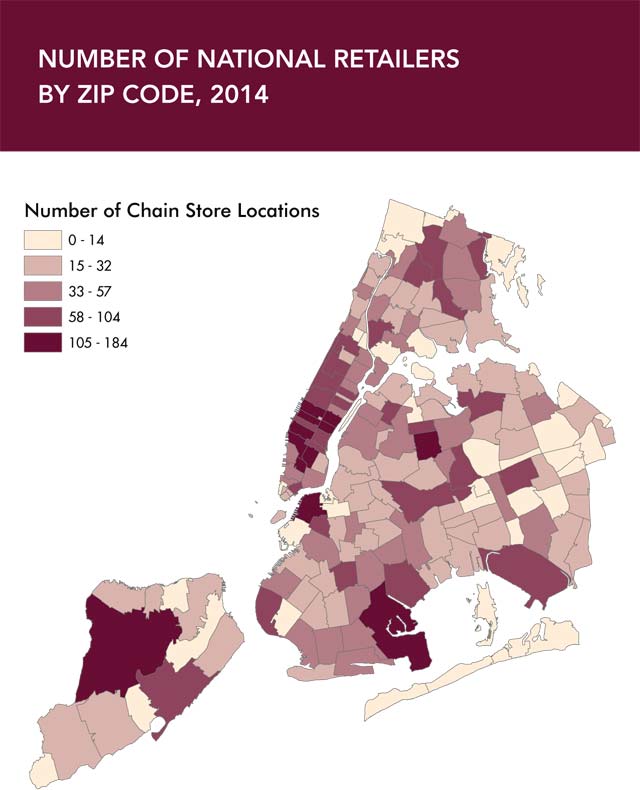 Via Center for an Urban Future

You can read the whole report here (PDF). One of the notable chains to add many stores is Urban Outfitters, which now has 14 locations—up from 10 last year—including its mega-store in Williamsburg with a bar/restaurant.

#center for an urban future
#chain store
#dunkin' donuts
#starbucks
#urban outfitters
Do you know the scoop? Comment below or Send us a Tip