And The Most Public Pissing Tickets In NYC Were Issued In...

Over the years many a New Yorker has gotten a summons from the NYPD for minor infractions like eating doughnuts in a playground, tricycling on the sidewalk, public urination and loitering in front of their own homes. But where do most of those summonses actually get written? There's a map for that.

As part of a story on the police department's overeager "quality of life" ticketing, The New York World went and put the 348,851 "pink slip" summonses issued by the NYPD in 2011 into one easy to search map of the city. And it is fun, if depressing! The map breaks down the police summonses into 15 categories and then shows you the distribution of of those across the city by precinct. And what did we learn? Well, Jackson Heights and the rest of the 115th Precinct is the capital of public pissing in the city, or at least tickets for it, with 1,808 summons issued last year. 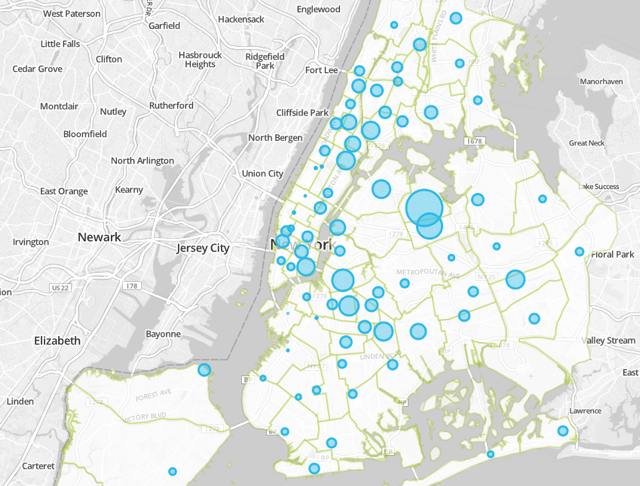 Head over here to explore the map in detail for yourself—and put anything interesting you note in the comments.

#map
#new york world
#nypd
#summons
#summonses
Do you know the scoop? Comment below or Send us a Tip