Now that the cold weather is mostly behind us, the population of the Hudson River Park Bikeway is growing in numbers of pedestrians—yes, this includes you—and bicycles. There are several narrow sections of bikeway where the congestion is amplified. With pedestrians and bicycles meeting in close quarters, it creates a higher potential for a pedestrian vs. bike or bike-on-bike accident.

For some reason, it seems that a majority of you seem to prefer to run on the bikeway adjacent to the busy West Side Highway instead of on the scenic waterfront walkway provided in the park. Is it the smooth sounds of the traffic or the fragrant smell of gasoline and diesel exhaust that draws you towards wheeled traffic? 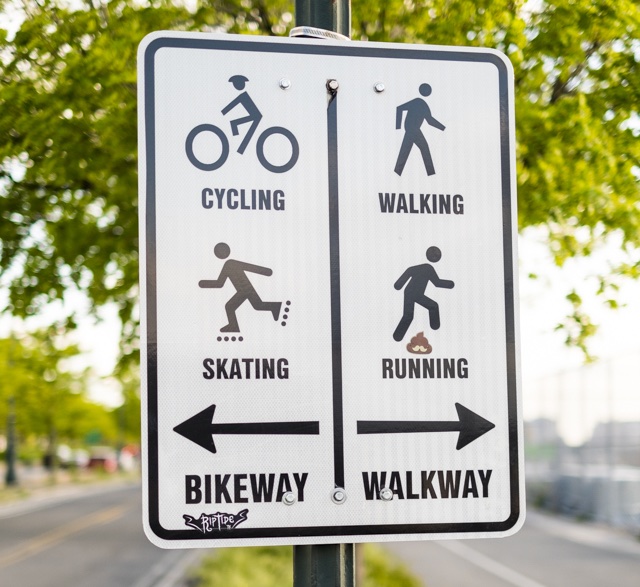 First, let us talk about your health: I recently participated in a study about air pollution and cycling. The results of the test equipment showed that when I am in the bikeway in Hudson River Park, I am inhaling the same amount of pollution that I experience when biking on the avenues and streets of Manhattan. If it was legal for me to bike further from the road, on that scenic waterfront walkway, I certainly would—for both my health and the view! 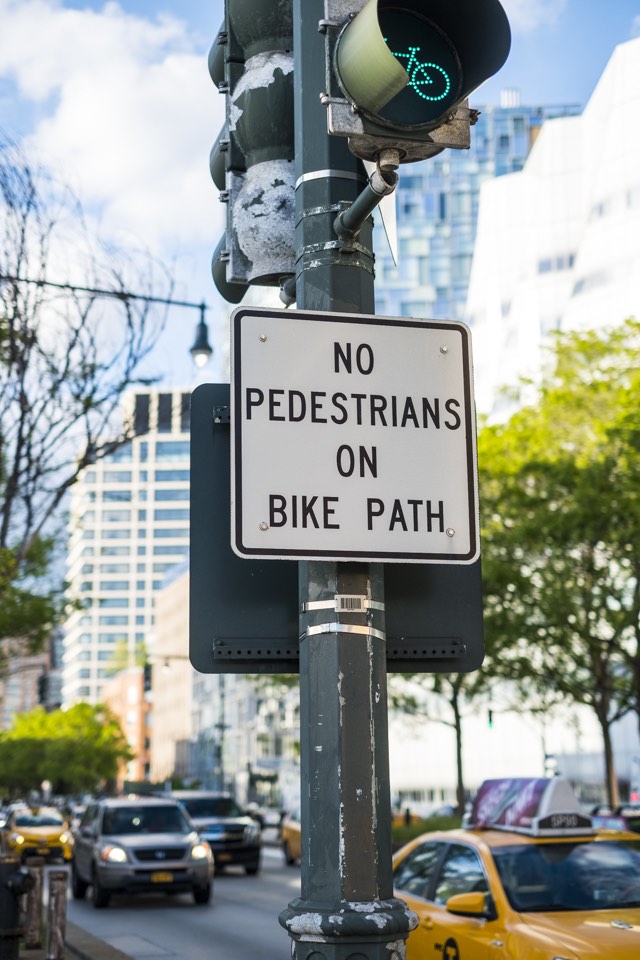 According to the Hudson River Park Trust, the bikeway is owned by the New York State Department of Transportation. Therefore, state traffic rules and regulations apply. New York State Law Section 1156b states that “Where sidewalks are provided and they may be used with safety it shall be unlawful for any pedestrian to walk along and upon an adjacent roadway.” So, it is illegal to jog on the bikeway. There are signs that state this on the route. 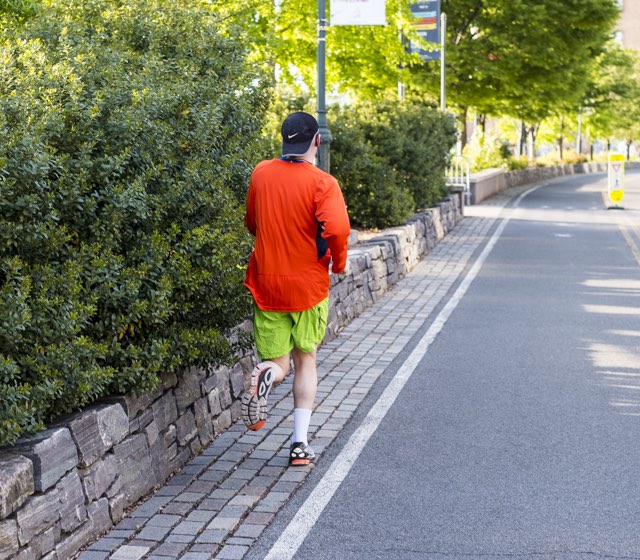 This guy is only half wrong. The walkway is open (Hint: It is not the brick shoulder), but, if it wasn’t, he is jogging on the correct side—into traffic. (Todd Vorenkamp)

The same section of law further states that “Where sidewalks are not provided any pedestrian walking along and upon a highway shall when practicable walk only on the left side of the roadway or its shoulder facing traffic which may approach from the opposite direction. Upon the approach of any vehicle from the opposite direction, such pedestrian shall move as far to the left as is practicable.”

So, if you are jogging on the bikeway because the walkway is closed or obstructed (strollers are not an obstruction), you must jog on the left side of the road facing traffic. This is so that you see what is coming at you and can move aside, if needed. This is especially important for those jogging with headphones who cannot hear traffic approaching from the rear. 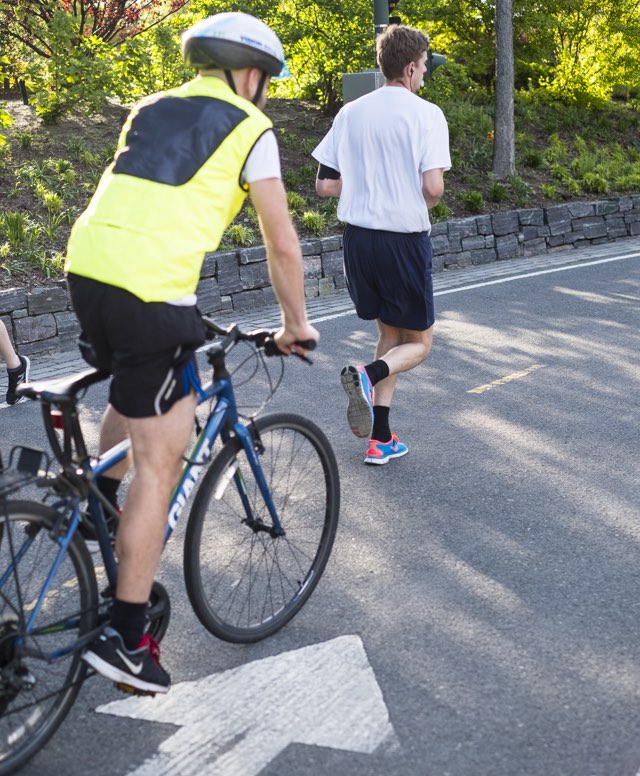 Let’s finish by talking about that same scenery and traffic noise: Every day I wish I could ride my bike right next to the water. Instead, I get to bike in close proximity to automobiles and trucks and listen to their exhaust, stereos, horns, and emergency vehicle sirens. Why would you want to spend your precious free time jogging in this environment when there is a quieter and cleaner waterfront walkway available for your exercising adventures? 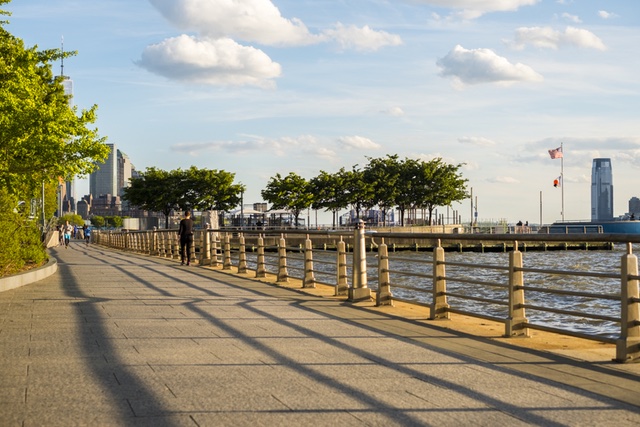 You prefer the West Side version of the Pamplona ‘Running with the Bikes’ to this? Would you mind if we trade and make this the bikeway? I would rather have this view. (Todd Vorenkamp)

I have zero issue with folks jogging, but with warmer temps and the increasing popularity of biking, the bikeway is becoming crowded. I have come across several accidents caused by the meeting of bikes and pedestrians as well bike-on-bike crashes caused when one bike swerves to avoid joggers. It would be safer for everyone, and better for the heath of you, the jogger, if the bikeway was utilized, as it is legally intended to be, for bikes only.

Todd Vorenkamp is a writer, photographer, and bicycle commuter known to the high-fiving traffic enforcement agents and crossing guards of New York City as “The Neon and Reflective Superhero Who Stops at Red Lights.”