An Official Security Risk at the DMV 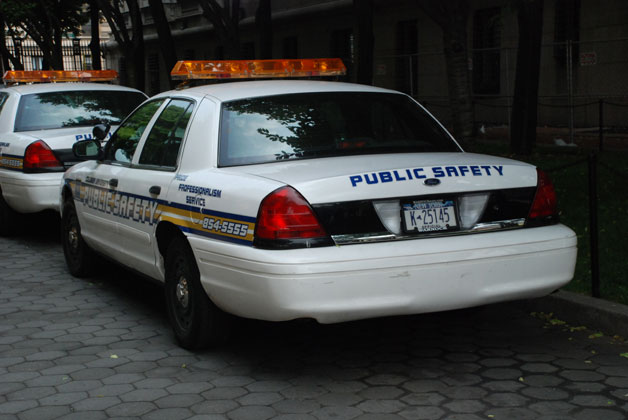 After a month of investigation, the Daily News revealed a major problem with the DMV’s issuing of Official license plates. What are Official license plates you may wonder? They are the license plates issued to local governments, such as towns, cities and counties, as well as other quasi-governmental entities like the Port Authority and MTA for their vehicle fleets, with the exception of most marked local police cars and fire trucks, since they do not have state issued license plates. The plates are issued permanently, with out any registration fees and do not have to go through the yearly renewal process. Plus they practically guarantee no tickets for the vehicle and most importantly they are important identifiers in times of crisis.

Columbia University may also have fallen through the official sounding name cracks, since its legal name is Columbia University in the City of New York. An anonymous Columbia official told the Daily News "I don't know why we got these plates." We can only imagine some DMV clerk thinking that some branch of CUNY was getting the plates.

The paper’s investigation prompted the DMV to issue this e-mail to all of its agents on May 18:


It has come to our attention that there are private corporations that, because of their business name, are requesting and being issued official plates.
Effective immediately, no MVR [clerk] is to issue official plates unless the transaction is reviewed and signed as approved by a supervisor.
Please advise your staff to be careful when reviewing applications for official plates. These corporations may have been issued official plates by other offices in error and are using the registrations as proof they are part of the state, city, county, village, town, school district, fire district, or county extension service. 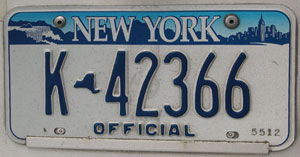 In the case of the ASPCA, DMV officials concluded that they were eligible for the plates due to their status as a law enforcement agency, However, in upstate Sullivan County, the Sullivan County SPCA had their plates confiscated because the sheriff’s department said it “was not a government entity”. Apparently there is no statewide consensus.

DMV spokeswoman Gail Tyner-Taylor told the paper there will be a review of who has been issued the plates and spoke about the problem of who is eligible, "We're also looking into the need to clarify a political subdivision in the law and will be exploring other ways to verify eligibility for official plates. This may lead to the development of new guidelines and procedures."

Perhaps the solution is to not have a catch all official plate for local governments. Other states, such as New Jersey, have plates for different levels of government – state, county, and municipal, while New York just has state government and the ill defined official license plates.

This leads us to even greater security concern that the Daily News did not bring up - marked Port Authority Police vehicles having standard New Jersey passenger license plates instead of some sort of official type. New York plated Port Authority vehicles receive the Official plates and in the past their vehicles received New Jersey municipal government tags, since there is no direct equivalent to New York’s official plate. Given the high sensitivity of the agency’s sites, we would expect something a bit more secure than a plate issued to anyone in New Jersey with a passenger vehicle.

Plus there is the security problem of almost all of the marked NYPD vehicles having license plates made from stick on numbers. In the past, the plates were stamped painted metal, something very hard to fake or alter compared to stick on letters or the flat printed license plates found on State Police cars.