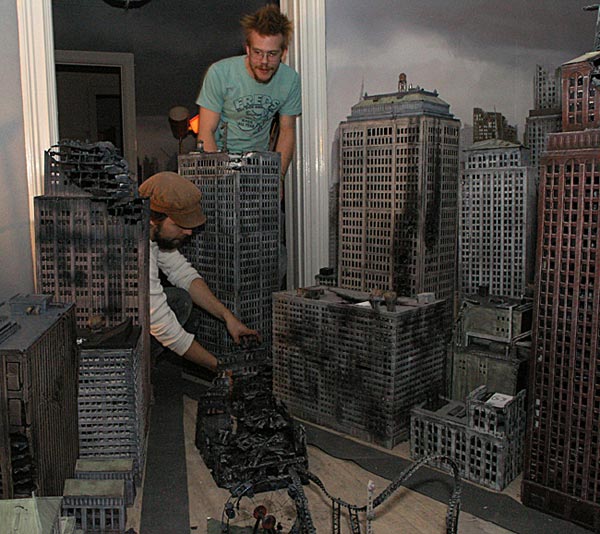 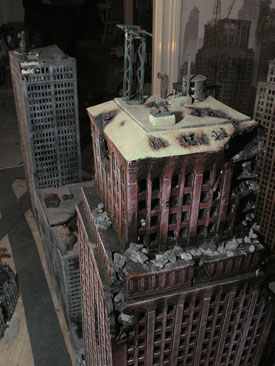 No, no these photos aren't models from I Am Legend's portrayal of Union Square, but an "Apocalyptic Manhattan" two guys constructed. They've recreated 50 Manhattan buildings (via MUG) in three rooms of their apartment. Perhaps the most impressive part of their Manhattan creation is the background wallpaper - complete with buildings, and clouds/smoke. While there's no mention of any specific neighborhood, the architecture makes it look like parts of Lower Manhattan despite the inclusion of a Ferris wheel and roller coaster.

One of the creators says that the buildings are all modeled "after Googled images" and that he scrapped the idea of an airplane hitting one of the buildings (as suggested by someone on the forum) "but scrapped the idea due to respect for 9/11." In mid-October, the project was still ongoing with finishing touches to be added - rubble, streets, building lighting, etc. The forum poster said seven people were working on the project 24/7 to finish it. While it should be finished by now, we haven't found images of the completed project yet.

All we know after looking at these images is that they must have a very forgiving landlord! That, and a very big apartment if they can spare three rooms for creating an apocalypse.