Every year, the American Atheists release some giant billboard meant to spark controversy and discussion about religion and Jesus and Christmas and 9/11 and etc. Their latest salvo is a 40′x40′ digital billboard in Times Square that takes the Christ out of Christmas, celebrating "the true meaning of Xmas”—which apparently includes human life, the Rockettes, and Chinese food. Ya know, that thing Jews eat on Christmas.

Compared to past God-baiting billboards, this one is pretty tame by their standards. We think AA needs to get a bit more modern if they really want to cause a stir, so we've made a mockup for next year's billboard for them, which you can see below. 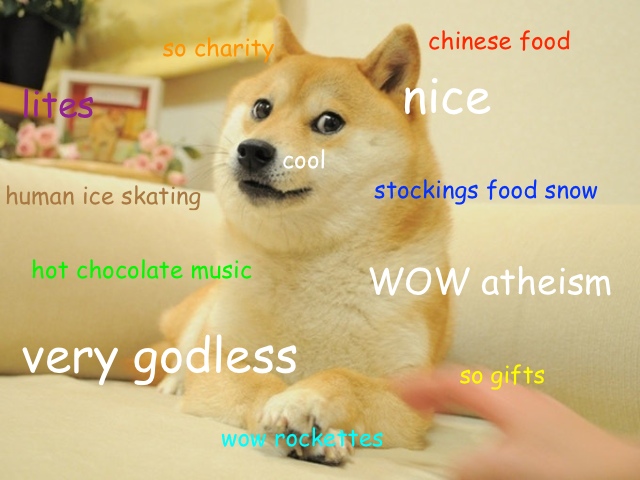 #american atheists
#atheists
#billboard
#christmas
#doge
#Times Square
#war on christmas
#xmas
Do you know the scoop? Comment below or Send us a Tip
A new Gothamist is coming! We’ve moved comments over to our beta site. Click here to join the conversation and get a preview of our new website.