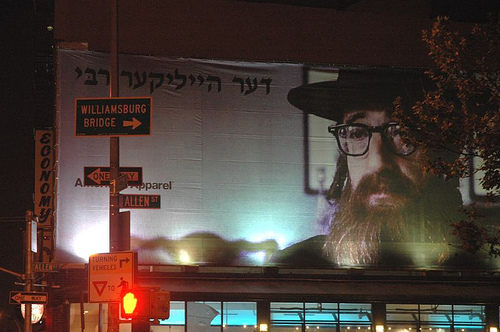 Staring down the barrel of a $10 million lawsuit, American Apparel has spoken out about their billboard displaying Woody Allen's image (circa Annie Hall). Chances are the law will find them about as innocent as their barely-dressed teen models.

The company says it “was meant strictly as a social parody," and even though those two billboards are normally used for commercial reasons, they're selling the idea that they "also use them as a vehicle for non-commercial, social and political commentary.”

While the company's name was placed on the billboard, they continue on to say they had no intention of selling garments through the use of the director's image (is anyone buying this?). Though the campaign was short (less than a week), it still prominently displayed the face of Allen without his permission, something he has sued at least two other companies over in the past.

So, any guesses as to what social commentary Dov Charney was trying to convey with this one?