A 59-year-old man was fatally struck by a driver while biking through a Staten Island intersection on Tuesday evening. The motorist, who according to the police was high on marijuana, has been charged with vehicular manslaughter. 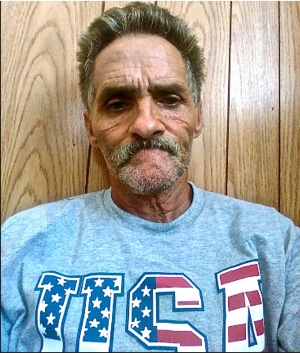 Stanley Marshall was biking on Richmond Road just before 5:40 p.m. on Tuesday when he was struck by 52-year-old Lisa Martini as she turned out of a strip mall at the intersection of Andrews Avenue, according to a preliminary investigation. Responding officers found Marshall, a Staten Island resident, unconscious and unresponsive in the road. He was pronounced dead at Staten Island University hospital.

Martini was arrested on the scene and charged initially with driving under the influence—a violation punishable with a temporary license suspension, up to $1,000 in fines, and a maximum one year prison sentence. The top manslaughter charge was added during Martini's arraignment on Wednesday.

An NYPD spokesperson would not elaborate on how Martini was tested for marijuana intoxication. But testing for stoned driving has long proven difficult, as THC tests are not as reliable an indicator of motor-skill impairment as a breathalyzer. THC levels are usually measured in blood or urine samples taken within a few hours of an arrest. According to the NY Times, these tests can pick up trace amounts of THC days, or even weeks, after a person has smoked marijuana. In New York State, any trace amount of marijuana in the blood stream or urine is grounds for a driving under the influence charge.

The Advance reports that Marshall suffered a broken pelvis and internal injuries in the crash. A family member told the news outlet that his body was in terrible shape—so mangled, that only his eyes were suitable for donation.

According to the outlet, Marshall lived in a nearby apartment on Richmond Road, and had spent most of Tuesday at work, cleaning oil tanks. Marshall had borrowed the bicycle from a roommate, and was en route to a nearby deli when he was fatally struck by Martini's 2013 Honda CRV.

A Transportation Alternatives report released in December that evaluated the traffic safety records of the city's five District Attorneys ranked Staten Island the worst, pointing out that the number of pedestrians killed in the borough "has remained unchanged for 30 years."

In a lengthy response to the reports allegation's that Richmond County "has demonstrated zero effort to participate in Vision Zero," the Staten Island DA's office insisted that it is "quite aggressive in regards to vehicular crime prosecutions."

UPDATE: Family and friends of the late Marshall have set up a GoFundMe page in the hopes of covering his expenses. The group is seeking $8,000 by next Wednesday to go towards a burial plot, and an additional $12,000 for hospital bills, the funeral and other expenses.

"[Marshall] had no material wealth but behaved as though he had through the generosity of his character," the page reads. "He was always ready and willing to help whenever he was asked, and lived a very simple and solitary life."

#DWAI
#fatal crash
#marijuana
#staten island
Do you know the scoop? Comment below or Send us a Tip