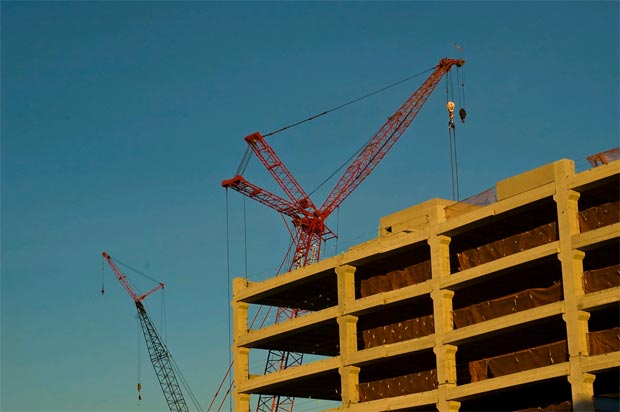 Yesterday, the assistant chief inspector for cranes was arrested and charged with accepting bribes "to falsify inspection reports and overlook unqualified operators." Upon leaving court, James Delayo, 60, who is a 26-year veteran of the Department of Buildings, did not respond to when a street sweeper asked him "if he felt responsible" for the fatal crane collapses in recent months.

Delayo allegedly gave a copy of the crane operator's exam and answers to a crane company. Nu-Way Crane Service had its office searched in connection with the arrest and a copy of the exam was found. The city emphasized that charges against Delayo are not related to the March 15 crane collapse that left 7 dead or the May 30 crane collapse that left 2 dead--according to the Times, "The accusations against Mr. Delayo focus on smaller mobile cranes, known as Class C cranes." The Post reports that Delayo, who makes $74,224 a year and lives in the Bronx, was promoted after the March 15 collapse.

However, his arrest does expose flaws in the Buildings Department, which has been desperately trying to right itself after a series of construction fatalities this year. Mayor Bloomberg and other officials decried this behavior--the mayor said, "We have zero tolerance for any corruption anywhere in city government, and when corruption appears in a public safety agency like the Department of Buildings, it is all the more deplorable," Manhattan Borough President Scott Stringer said the arrest was "stunning and frightening.”

And in the wake of the March 15 collapse at East 51st Street, a buildings inspector was arrested for falsifying records. The DOB said his work had nothing to do with the collapse, though.