His motive remains a mystery, but more creepy details are emerging about the traveling salesman accused of killing three Brooklyn shop owners this year. Salvatore Perrone, who was arrested Wednesday and charged with second-degree murder and one count of first-degree murder, was known to go dancing every Friday night with his girlfriend (yes, a girlfriend) Natasha Charova. And it turns out his most recent dance party was last Friday night, hours after he allegedly shot Flatbush shop owner Rahmatollah Vahidipour.

“We dance every Friday night. On Friday, he came to the club at 9 p.m.,” Charova's friend tells the Post. "He was very elegant. We said, ‘You look nice.’ His face looked good. He didn’t have his bag — he left it inside the apartment. He killed someone at 7:30, and he went dancing at 9. How did he do that?" 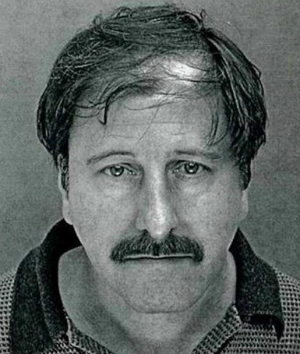 Perrone's mug shot from an arrest ten years ago.

And more importantly, why did he (allegedly!) commit the murders? So far Perrone's alleged motive remains opaque, and although the NYPD's Hate Crime unit was involved in the investigation, he has not been charged with a hate crime. Is it a coincidence that all of his alleged victims were of Middle Eastern descent? What does seem clear is that Perrone is delusional. "He had a grand plan for world peace, and it involved the CIA and $800,000 that he was going to get from the CIA,” one law-enforcement source tells the Post.

Perrone has prior arrests for drunken driving, theft and harassment, and those who crossed paths with Perrone describe him as hot-tempered and off-kilter. But it appears that he could turn on the charm when necessary—after all, he was a salesman. “He seemed like a very personable guy,” Francis J. Masciocchi, a lawyer who represented Perrone in 2001, tells the Times. “He was kind of like a middleman for a clothing supplier. In this particular case, the person involved was a former customer.”

One of Charova's roommates tells the Post, "He pulled a knife on our roommate last year. I wasn’t there, but my roommate came in later and told me. The cops came and just told him to leave, you can’t stay here tonight. He wasn’t arrested." Perrone resided on Staten Island, sleeping in the basement of his ramshackle house, which had recently been foreclosed upon. A neighbor tells the tabloid, “No one liked him. He would yell at kids, make accusations to get people in trouble. Every neighborhood has that one guy no one likes, and that’s him.”

And on the busy stretch of Flatbush Avenue where the most recent murder took place, store owners are still unnerved. “Even now, I still can’t sleep,” Joseph Shahino, the owner of a shop next door to Vahidipour’s store, tells the Daily News. "He just looked like a regular guy. And Ralph Pichardo, the owner of Pasha Fashion for Men, says bluntly, "I’m an old-school guy. Eye for an eye. They should give this guy some torture."