Alan Hevesi Says That He Is a Victim, Not a Crook 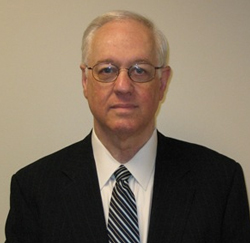 Alan Hevesi recently hired a new lawyer and adopted an aggressive stance to battle accusations that he misused his position as New York State Comptroller, who oversees the state's $157 billion pension fund, for personal financial benefit. Last week, State Attorney General Andrew Cuomo said he was investigating whether Hevesi used his tenure as Comptroller to financially benefit from the many financial firms that vie to profitably manage a slice of the enormous pension fund.

The New York Times describes how Hevesi went on the offensive yesterday, saying that he is the victim of a political smear campaign being conducted by AG Cuomo and the Albany county AG David Soares. The former comptroller's new lawyer Bradley Simon lashed out at Cuomo and Soares for leaking information from an ongoing investigation and offering no proof and only innuendoes against Hevesi. He also criticized the current Comptroller Thomas DiNapoli, who was elected by the state assembly to replace Hevesi, accusing him of personal weakness and trying to insinuate wrongdoing on Hevesi's part for the disappearance of documents that occurred while DiNapoli himself was in charge.

The Times has an interesting fact embedded in its report of the squabbling. Despite having the second-largest state pension fund in the nation, New York is a state where the Comptroller is the sole overseer of its fund. Many other states have boards to oversee their funds.