I always wonder, when crammed into an airplane seat whose ticket price may or may not have included carry-on luggage, if there's a way air travel could be more uncomfortable. Why not, for instance, offer seats with small knives jabbed through their backs, or ones that fold up unexpectedly like a Murphy bed? One Colombian budget airline seems to be inching toward this nightmare reality—they're reportedly considering making passengers stand on flights.

Last week the founder of VivaColombia, a sort of South American Ryanair, told the Miami Herald the airline was looking into ditching seats for some sort of harrowing-sounding standing section. The concept, it seems, is to be able to cram more people onboard to drive down costs. "There are people out there right now researching whether you can fly standing up—we’re very interested in anything that makes travel less expensive," founder and CEO William Shaw told the outlet. He added, "Who cares if you don’t have an in-flight entertainment system for a one hour flight? Who cares that there aren’t marble floors...or that you don’t get free peanuts?"

While free peanuts and on-demand TV do, in fact, seem like unnecessary luxuries for budget flights—not to mention the impracticality of marble floors on a plane—I'm not sure I would equate those perks with, say, standing on a plane for an hour, or worse, sitting on this: 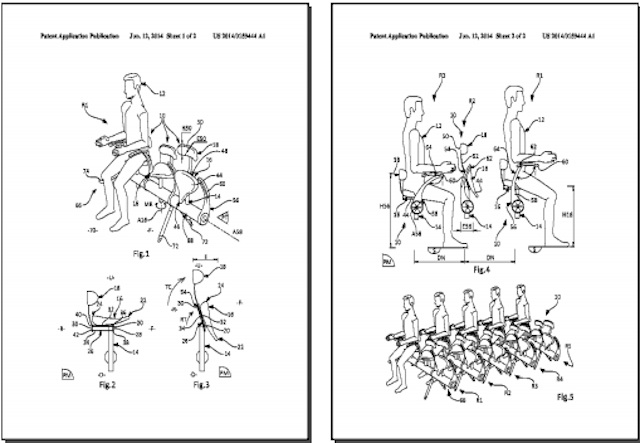 The above horrorshow design was patented by Airbus in 2014, and it's just one standing-seat possibility VivaColombia could consider. Irish budget airline Ryanair has also considered swapping some seats out for standing sections, floating, in 2010, the concept of "bar stools with seatbelts," not that you necessarily need a seatbelt onboard this airborne ferry to Hades. "[A plane] is just a b----- bus with wings," Ryanair CEO Michael O’Leary said a the time. "If there ever was a crash on an aircraft, God forbid, a seatbelt won’t save you. You don't need a seatbelt on the London Underground. You don't need a seatbelt on trains which are travelling at 120mph."

So, it's NBD if you're stuck standing on a short flight from, say, Miami to Bogota, since there's a good chance you'll crash into the Andes anyway, and your next of kin will appreciate the extra $30 you saved on that seat.

For the love of God, will someone invent a transporter already?

#airline hell
#budget airlines
#spare us this nightmare
#vivacolombia
#why god
Do you know the scoop? Comment below or Send us a Tip