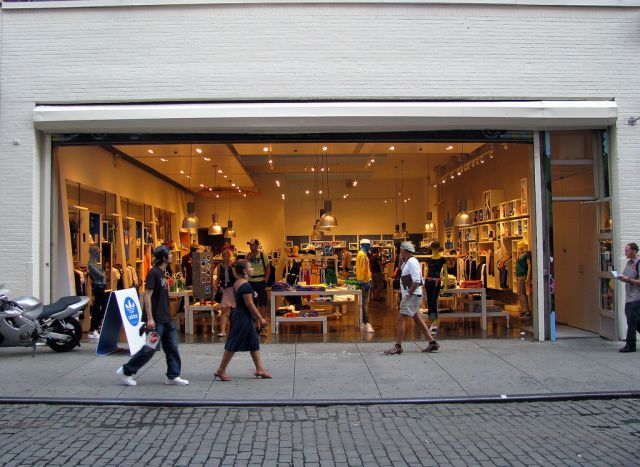 Last year City Councilwoman Gale Brewer proposed a bill that would fine establishments $200 per open door/window in air conditioned spaces (as well as heated spaces in the winter), the bill wasn't fully backed by the Bloomberg administration and never saw the light of day...until now! The NY Post reports that the environmentally friendly bill is now supported by Bloomberg and "is expected to win council approval tomorrow."

The bill has a couple of exemptions, for restaurants with outdoor seating and small stores (under 4,000-sq-ft). Those who aren't exempt and who are found luring customers in with cool air will first be issued a written warning, it isn't until they are found committing the act again within 18 months that the fines come down (after the second notice it gets raised to $400). Brewer notes some of the positive outcomes, saying: "Hopefully, it will prevent the brownouts and the blackouts. If we are serious about our planet, this is just one small way that you can contribute."

Those against the bill aren't necessarily anti-green, but they are against the "nanny-state mentality" and placing restrictions on businesses. And as one employee as Sunglass Hut in Times Square said, "Having the doors open increases business. It does wonders for us. I feel like they should find a between solution to the energy crisis." However, Eric A. Goldstein (a senior lawyer at the Natural Resources Defense Council) told the NY Times, “The only group that should be opposing this sensible legislation is OPEC."