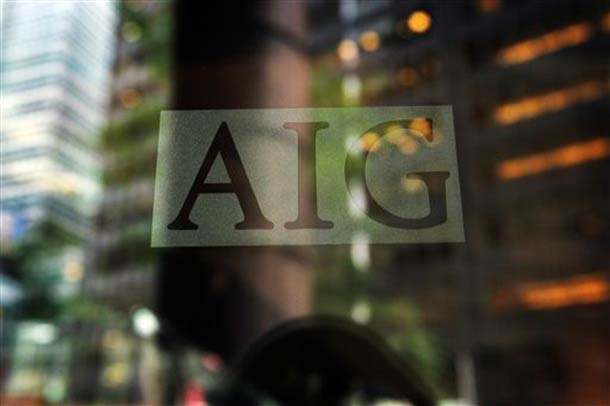 Last night, the federal government gave insurer AIG a new lease on life with an $85 billion loan--in exchange for a 79.9% stake in the company. The NY Times reports, "The decision, only two weeks after the Treasury took over the federally chartered mortgage finance companies Fannie Mae and Freddie Mac, is the most radical intervention in private business in the central bank’s history." As the Wall Street Journal noted, the Fed decided not to bail out Lehman Brothers, but "this time, the government decided AIG truly was too big to fail."

More details about the deal: The loan is a 2-year loan with a "rate of three-month Libor plus 850 basis points." AIG jobs and policies are expected not to be affected. AIG CEO Robert Willumstad will step down and Bloomberg News reports that retired Allstate CEO Edward Liddy will take over. You can read the Fed's statement here, which also reads: "The Board determined that, in current circumstances, a disorderly failure of AIG could add to already significant levels of financial market fragility and lead to substantially higher borrowing costs, reduced household wealth, and materially weaker economic performance. " (Many companies and individuals have at least "some exposure" with AIG.) 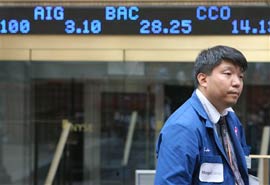 Governor David Paterson said, "This is good news for New York and great news for policy holders and employees around the world. Through a reorganization and further action, jobs will be saved, businesses will remain stable and certainly our financial recovery will be easier if not sooner.”

Here's a statement from AIG: "We believe the loan, which is backed by profitable, well-capitalized operating subsidiaries with substantial value, will protect all AIG policyholders, address rating agency concerns and give AIG the time necessary to conduct asset sales on an orderly basis. We expect that the proceeds of these sales will be sufficient to repay the loan in full and enable AIG’s businesses to continue as substantial participants in their respective markets. In return for providing this essential support, American taxpayers will receive a substantial majority ownership interest in AIG."

Early Addition: Sag Harbor has a serial backyard trespasser who simply 'stands at the water's edge'

By
James Ramsay
News
Early Addition: Sag Harbor has a serial backyard trespasser who simply 'stands at the water's edge'