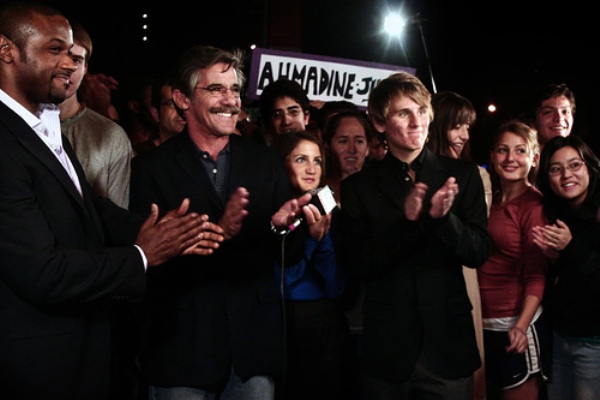 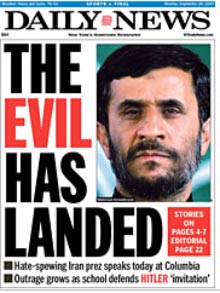 Iranian President Mahmoud Ahmadinejad is visiting Columbia University today to give a speech for the World Leaders Forum. And he continued to get a big New York-style welcome: The Daily News has its "The Evil Has Landed" cover while Assemblyman Dov Hikind told protesters outside Columbia's gates yesterday, “He should be arrested when he comes to Columbia University, not speak at the university, for God’s sake. I call on New Yorkers to make the life of Ahmadinejad as he is in New York miserable.”

The press has been swarming Columbia since yesterday - Geraldo Rivera even broadcast his show from the campus. Assembly Speaker Sheldon Silver made some not so unveiled threats to Columbia's state funding, telling the NY Sun, "There are issues that Columbia may have before us that obviously this cavalier attitude would be something that people would recall. Obviously, there's some degree of capital support that has been provided to Columbia in the past. These are things people might take a different view of … knowing that this is that kind of an institution."

Still, Columbia stood behind its mission to use Ahmadinejad's appearance to foster debate. Columbia president Lee Bollinger told Good Morning America, "It's extremely important to know who the leaders are of countries that are your adversaries. To watch them to see how they think, to see how they reason or do not reason. To see whether they're fanatical, or to see whether they are sly." 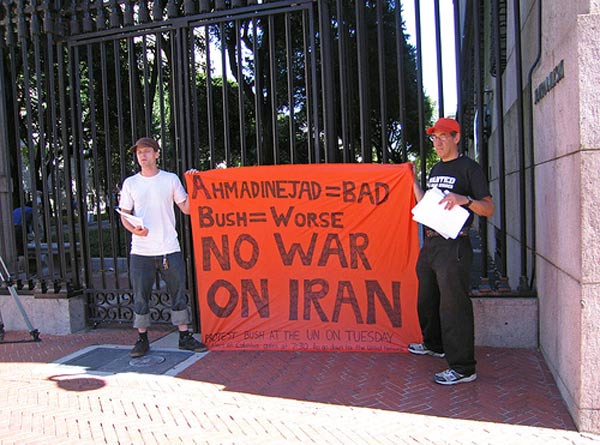 Ahmadinejad arrived yesterday at JFK and was taken to the InterContinental's The Barclay on East 48th Street. In the evening, he spoke at a closed event for Iranians at the New York Hilton; one attendee told the Daily News the leader said, "What do we want a bomb for? Why should we have a bomb? It doesn't help us. Why do we need a bomb? The Soviet Union is an example of a country that had the bomb and still fell apart."

Ahmadinejad is scheduled to speak at 1:30PM. WCBS 2 and WNBC 4 will carry the speech on their websites. And here's a schedule of the protesters from the Columbia Spectator's Ahmadineblog. Also, Columbia campus is pretty much closed off now.

The Daily News has waged a campaign against Coatsworth -check out this editorial and column by Michael Goodwin.