After Years Of Frustration, Loft Law Advocates Have High Hopes For Reform

For the first time in two years, city loft renters living illegally in industrial spaces are seeing their best possible chance of getting the law to recognize and protect them. While the first law to grant legal status to loft inhabitants was enacted in 1982, that law and subsequent amendments have since expired.

In 2017 and 2018, loft activists had their hopes dashed after the state Senate twice failed to take up a bill that would have extended protections to those renters not covered under previous laws and amendments. Among the critical changes, the proposed law would have expanded the years of eligibility to illegal loft renters between 2015 and 2017 — and it would have removed a June 2017 application deadline that prevented any future renters from coming forward.

The law insures that loft renters inhabit safe dwellings that are up to code and that they are eligible for rent stabilization.

Both times, the proposed legislation, known as the Loft Law "Clean-Up" bill, had broad Democratic support and passed the Assembly twice. But ultimately, Republicans, who held the Senate majority, held the cards.

Now, under a Democratic-controlled Senate, the prospects for passage look good. Although the legalization process involves many steps, including approval by the city's Loft Board, a loft law basically establishes a set of ground rules for both tenants and property owners: Which areas in the city get covered? What kind of space qualifies as a loft? How many units have to be occupied for the building to be considered? What is the period of eligibility in which tenants must prove that they lived in the loft? What kind of rent increases can landlords make?

Over the decades, the effectiveness and failures of the 1982 law and the updated versions that followed have been debated. But loft activists all agree that the legalization movement is necessary.

In many ways, the question surrounding the bill is not so much “if it passes” as much as “when it passes.” Governor Andrew Cuomo has laid out an ambitious list of progressive measures that he wants the state legislature to take up. Will protecting the city's illegal loft renters be a priority?

“We really need you to put us on top of your pile,” said Williamsburg loft artist Ximena Garnica, referring to Assemblywoman Deborah Glick, who sponsored the original 2017 bill.

Garnica and her partner Shige Moriya have been in a legal battle with their landlord since the couple applied to be covered under the Loft Law in 2014. They were disqualified on what Garnica said was a technicality: The Loft Board said they didn’t have an external window that faced the street. She argued differently.

Now with mounting legal costs and the constant threat of eviction, she said they need legislators to treat the issue with urgency. “We are living by a thread,” she said.

Glick said the current proposal to update the Loft Law is under review, adding that she is working off the prior bill and has had conversations with stakeholders. But she declined to give any details.

“Obviously we feel we are in a better position to have a unified approach now that we have Democratic control of the Senate,” she said, adding that “the other party is the city of New York.”

“The optimism is justified,” she said. But with regards to legislative priorities, she said, “There’s a lot of pent-up demand” among Democrats.

On Thursday, the New York Loft Tenants group organized a rally in Williamsburg. The event, one of several in recent years, attracted elected officials, including state Senators Brian Kavanagh and Julia Salazar, and City Council Speaker Corey Johnson. Unlike in 2010, when Mayor Michael Bloomberg pushed through amendments that restricted the Loft Law, activists say the de Blasio administration has been strongly supportive of their cause.

"I am proud to be a longtime tenant advocate, since long before I was ever elected to office," Johnson said in a statement. "There are few things more important than protecting tenants, especially loft tenants who are even more at risk, and I am so happy that with a Democratic State Senate it seems like we can finally make tenants the priority they should be in Albany."

According to the Zefrey Throwell, one of the organizers, there are no official numbers on how many people in the city are living in illegal lofts. A 2017 story in the Village Voice reported that about 900 buildings, which encompassed 6,000 units, were covered between 1982, when the first Loft Law was passed, and 1987, when the law was updated. 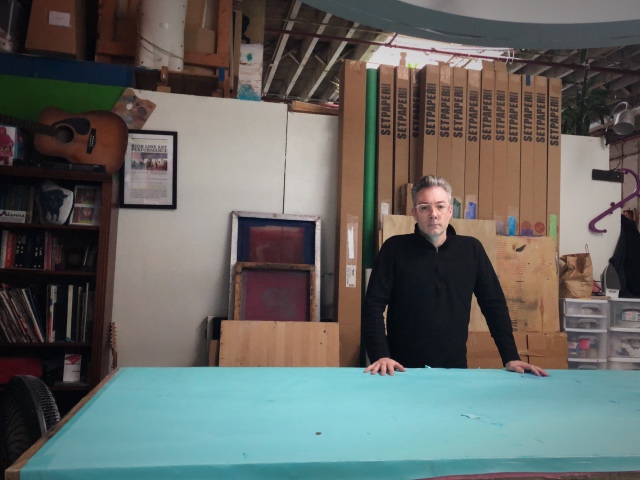 Still, the New York Loft Tenants group estimates that the "Clean-up" bill will protect thousands of tenants and families. Although the spokespeople for the loft movement have often been artists, interviews with current loft renters and organizers suggest that the community is in fact diverse, and includes white-collar professionals, immigrants, manual laborers, and families. What binds them, loft activists say, is the need for an affordable place to live in the city.

Their plight has been well-documented. Over the years, loft tenant eviction cases in gentrifying neighborhoods like Williamsburg have gained media attention. Among them, 475 Kent, a former matzo factory home to many artists and creative people, including actor Bill Murray who lived there briefly, is probably the most famous example. A 2008 evacuation due to a fire hazard violation displaced around 150 tenants but many returned only to face eviction pressures. In 2018, a German online magazine profiled the building and its community of residents.

Going forward, Throwell, a filmmaker who lives in a loft in Bushwick with his family, said he would like his group to do outreach to loft tenants who live in boroughs that have gotten less attention, such as Queens and the Bronx.

“We’ve been mass evicted for years, held hostage by a Republican Senate, and left to hang in the wind for years,” he said. “This is finally our time to strike some legislation that protects live/work and affordable housing.”

UPDATE: An earlier version of this story incorrectly described 475 Kent as having been a candy factory. It also misstated the reason residents were evacuated as a fire rather than fire hazard.