A 26-year-old mother of three and two of her small children—ages four months and one year—were stabbed to death on Wednesday morning inside of a Staten Island motel that doubles as a temporary homeless shelter. The third child, a two-year-old girl, was also stabbed and is in critical condition following emergency surgery.

Mayor de Blasio announced on Wednesday that the city will immediately offer free, 24-hour Department of Homeless Services security to all 41 NYC hotels that currently house homeless New Yorkers. But these hotels are privately-owned, so the City does not have the authority to impose its own security.

"We will certainly encourage them to utilize it," the Mayor said, adding, "We intend to use hotels [to house the homeless] less and less, and, as quickly as possible, stop using them. However, we may have to use them going forward when there is a need." 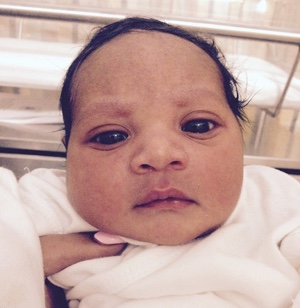 Rebecca Cutler had been sheltered at the Ramada Inn at 535 North Gannon Avenue in Willowbrook, Staten Island since December 6th, according to the NYPD. Her deceased children have been identified as one-year-old Ziana Cutler and four-month-old Maiyah Sykes.

The average stay in a hotel-shelter is two weeks, according to the City, although Cutler's stint in Staten Island was significantly longer.

The suspect in the triple stabbing has been identified by the NYPD as 23-year-old Michael Sykes of Brownsville, Maiyah's father. A post on Facebook suggests that Sykes and Cutler married in July 2015.

According to the NYPD, Sykes, Cutler and the children were seen inside a bodega on nearby Victory Boulevard at 7:30 a.m. today, and then again entering the hotel around 8:00. Sykes is seen on surveillance footage entering the victims' room at 8:50 a.m., and exiting again four minutes later.

A hotel maid discovered the bodies around 10:00 a.m. The NYPD responded at 10:10, and transported all four victims to local hospitals in critical condition. A kitchen knife was recovered from the scene.

There had been nighttime security at the Ramada Inn from 10:00 p.m. to 6:00 a.m., but none during the day. "As far as we know the hotel didn't know about this until after it happened," NYPD Chief of Detective Robert Boyce told reporters.

Sykes fled on a local bus and boarded the Staten Island Ferry, according to a preliminary investigation. NYPD brass said this afternoon that he confessed the murders to a family member by phone, and said that he might take his own life. The investigation is ongoing. 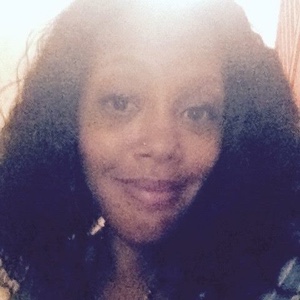 The Ramada Inn housed 28 homeless families as of this morning, all of whom are being evacuated today, and de Blasio said that sheltering at this location has been permanently suspended. The City had reportedly been paying the private hotel an average $158 per room per night.

At a City Council meeting in December, then-Department of Homeless Services Commissioner Gilbert Taylor said that each hotel room booked by DHS cost the city about $4,830 per month.

Approximately 2,656 New Yorkers are currently housed in shelter hotels, 637 of whom are children. According to the City, there are about 57,000 people living in NYC homeless shelters—a decrease since last winter's record 60,000.

Today's triple murder comes less than a month after a homeless man stabbed his roommate to death in an East Harlem shelter, prompting Mayor de Blasio to announce additional security at shelters for the mentally ill.

The Mayor also reiterated today his efforts to reduce shelter use city-wide, in part by phasing out the notorious cluster-site family shelters—3,000 apartments in total, currently costing the city $125 million annually—over the next three years.

DHS Commissioner Steve Banks added that the city has budgeted for an additional 700 beds in shelters for domestic abuse victims, stressing that Sykes did not have a known history of abuse with Cutler.

According to the NYPD, the only documented dispute between Sykes and Cutler took place yesterday, near the shelter. Sykes apparently took Cutler's cellphone. The NYPD did not provide further details.

At least two private hotels were converted to City shelters in 2015, both in Queens.

#dhs
#homeless
#hotel
#shelter
#stabbing
#triple murder
Do you know the scoop? Comment below or Send us a Tip