When Hurricane Sandy struck, millions of New Yorkers were plunged into darkness as the storm hit substations and power lines. Utilities rushed to bring residents and business back on line, but Governor Cuomo blasted their slow response, especially the Long Island Power Authority, and threatened to restructure the monopoly. Now, with a further public outrage mounting (a class-action lawsuit was just filed against the LIPA), its acting CEO has stepped down. 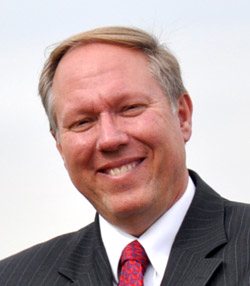 Of course, Michael Hervey, who is also the company's COO, is spinning it differently. According to Newsday, "Hervey said he had been considering leaving the authority since August, long before Sandy's arrival. He had been interim chief executive for more than two years after the resignation of Kevin Law, but hadn't been chosen for the permanent slot. 'At the end of day, the company hadn't left me more opportunity,' he said. 'After being interim CEO for more than 2 years, it appeared there was no opportunity at that point.'" Sure, whatever!

Two days after the storm, about 90% of LIPA's 1.1 million customers were without power. Power was restored to 600,000 by November 3, and last Friday, 100,000 were still without power. LIPA admitted one of the problems was that it didn't trim trees as it should have.

The NY Times looks at LIPA's overall problems in a big feature: "It was four days before Hurricane Sandy would arrive, and trustees of the Long Island Power Authority gathered as forecasters’ warnings grew dire. For more than two hours, the trustees talked about a range of issues, including a proposal to hire a branding consultant. But discussion of the storm lasted just 39 seconds."

#hurricane sandy
#LIPA
#long island power authority
#michael hervey
#utility
Do you know the scoop? Comment below or Send us a Tip