After Hastening Gentrification, A Brooklyn Super Has Regrets

New York City's affordable housing stock is shrinking. A recent report issued by the Comptroller's office noted that families making less than $40,000 a year "literally may not be able to find an apartment they can afford." This blog has unleashed "Jefftown" on Bushwick. How did this happen? Sergio Allejandro Duarte knows. He used to be my super.

From his tidy subterranean office, the 58-year-old super tends to the needs of 725 Fourth Avenue, a rent-stabilized brick building with 167 units, built in 1928. I met him in 2004, after I signed the lease on a newly renovated three-bedroom apartment at $1,350 per month. Though my neighbors in the building were paying half that amount for the same size apartment, I still thought it was a good deal.

My roommate and I weren't aware that the new cabinets and freshly lacquered bathtub were the result of a systematic campaign to renovate the building and raise rents.

Born in Ecuador, Duarte came to the United States with his family in 1967. His father, Joseph, did maintenance for Columbia Presbyterian Hospital. The younger Duarte, equipped with certificates in plumbing and electrical from Bronx Community College, became superintendent of 725 Fourth Avenue in 1998.

He said he was hired with a mandate to clean up the building, which meant "trying to get all those people who were involved with drugs out." By all accounts the building was a dangerous place at the time: the doors were propped open, prostitutes attended to johns on the roof, drug dealing and violence were commonplace.

Duarte began by winning the residents' trust, which he did by hiring the most destructive young male tenants to work for him. His first hire was the man who disarmed an angry tenant while Duarte was investigating a complaint of drugs and sex on the roof. Then one "problem" tenant died in a car accident. A few went to jail. Several others started working and had less time to hang around.

Once he had the tenants' trust, Duarte put the word out: "In the future, if you need money, you could easily sell your apartments. The owner will pay you to move out." Duarte was authorized to offer renters cash for their lease. The owner knew that with the old occupants gone he could raise the rents and more than recoup the cost of the buyouts. 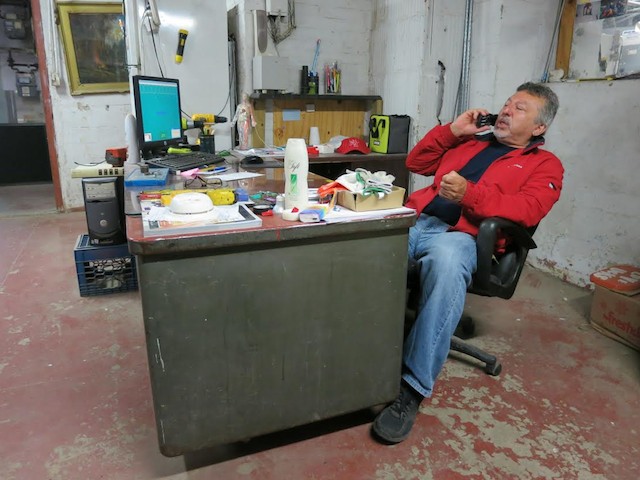 When Duarte started as the super, the highest monthly rent in the building was $700; the lowest was $100. Many families had lived in the building for years, the apartments passed down from generation to generation. "I didn't want people to think, 'I want you out,'" Duarte said. "I just wanted to fix the building."

But if a tenant would move out for $5,000—or some higher negotiated amount—he would pay them. As people began taking the money, Duarte began to question their wisdom: "What are you going to do with $5,000, even $20,000?" He knew the money wouldn't last long, especially for an entire family. He also knew that accepting a buyout was seldom in the tenants' best interest. After the fourth of fifth one, Duarte said, "I felt like I was doing wrong," but people kept coming, and if he wanted to keep his job and support his family, he had to continue paying out. Twenty families left in the first round.

After September 11, 2001, Duarte had people calling him about moving to Brooklyn. At the same time, 725 Fourth Avenue came under new ownership. The new owners "saw the potential" of the building, Duarte said. They approached it with "the mentality of the investor," and aggressively pursued buy outs.

My fifth-floor apartment had a lovely view of New York Harbor. In fact, the building was built to house dockworkers. By the time I arrived, the docks were rotting, the jobs were gone, and, for the first time since the building was built, rents were too high for the working class. The Puerto Rican families were being bought out and wealthier, whiter people like me were on their way in. Today the building is racially diverse but only because wealthy people come in all colors. Currently a one-bedroom goes for $1,700, a two-bedroom for $2,200, and a three-bedroom for $2,600. 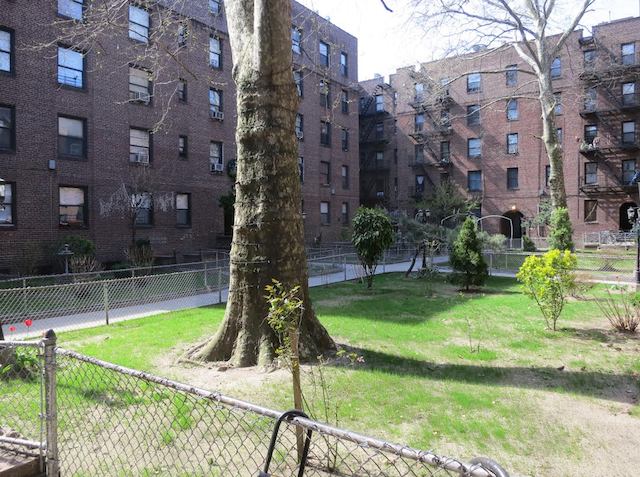 Back in his office, Duarte pulled out a binder of floor plans. He opened it to my old apartment, A5. He lives in the same layout, two floors below. It was so familiar: narrow kitchen, living room, my closet-less bedroom, two bigger bedrooms, bathroom. It turns out that the space next to the kitchen was originally a dining room, but between tenants Duarte's crew walled that off to create my bedroom. This practice had become common in the post-9/11 boom. Today most of the dining rooms at 725 Fourth Avenue are gone. Apparently pre-war dockworkers liked gathering the family together for a meal more than up-and-coming Brooklynites.

Former tenants still stop by 725 Fourth Avenue to chat with the super. Some tell Duarte that taking a buyout was the biggest mistake of their lives. He is sympathetic, but said, "I never pushed anybody out. They asked me, and I made an offer. I hoped they didn't take it."

Vilma Perez took it. "They gave me $20,000. I think it's not enough," she said of the buyout she accepted in 2008. Perez, 58, said there had been a fire in the apartment below hers, which resulted in her windows being broken. She claimed that the owner refused to fix them for three months so she would move out. That two-bedroom cost her $535 a month; now she pays $1,200 for a slightly smaller apartment farther out in Brooklyn.

"When I move from here, I'm moving to Florida," said Perez, who is on a fixed income and takes care of her schizophrenic grandson full-time. "I can't pay more money. It's too expensive for me," she said of New York.

Perez, whose son was among those first hired by Duarte, still visits the building once a month to see him and her other friends—the parents and grandparents of the kids I used to hang out with. Those kids are nowhere to be seen. Perez speculated that the owner wanted to get rid of the children, mostly Puerto Rican, because they hung around and made the courtyard look bad. Today, she said, "They rent only to white people, students."

I was one of those students. I ended up moving to Lefferts Gardens in 2007, where I paid $250 a month for a room I shared with my girlfriend. On my new, mostly African American block, I wasn't an obnoxious gentrifier, but I didn't make any friends, either.

"I feel that I have done everything in my power to change this building, to help this building and community," Duarte said. Still, he continued, "I feel a little guilty that I misled these people in selling their apartment, because now the rent is so high—I couldn't afford it." 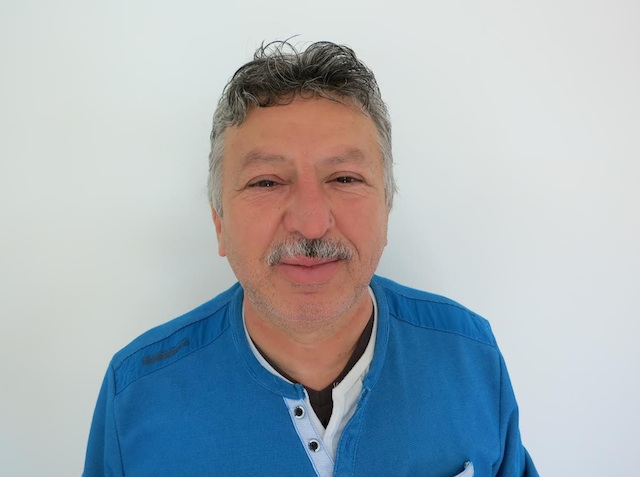 To be fair, few could have imagined in the late 1990s that Brooklyn could be as expensive as it is today. Duarte's 25-year-old daughter, just out of dental school, recently moved back home after struggling to pay rent in the Midwood section of Brooklyn.

With its leafy courtyard and proximity to the 25th Street R train station, 725 Fourth Avenue is a nice place to live. The drugs and abandoned cars are mostly gone. The buy-outs have stopped. Tenants still ask about them but Duarte can't make them an offer. The owner decided that tenants who want to leave will leave on their own and it will cost nothing.

In one storefront on Fourth Avenue, there used to be a half-empty bodega that sold lottery tickets. Now it's a coffee shop decorated with vintage seltzer bottles and birch logs placed just so. It serves smoked duck sandwiches and paninis with Italian names. Duarte and his crew worked on the renovation, but he hasn't been in much since. "I can't afford to buy a cup of coffee in there," he said. "Very soon New York is going to be a city for rich people."

In March, Duarte was told that he was being let go after sixteen years. He will have to move out by the end of June. When I last saw him, he was handing out resumes and looking for an apartment.

Tyler J. Kelley is a freelance journalist living in New York City. He also teaches printmaking at Parsons The New School for Design. Find more of his writing at the-jetty.com

[CORRECTION: Due to an editing error, for several minutes after publication this article stated that 725 Fourth Avenue was in Prospect-Lefferts Gardens. This is in fact where the author relocated to after living in 725 Fourth Avenue. We regret the error.]

Want to submit a freelance story to Gothamist? Details here.