After Decades In The U.S., NY Immigrant With Years-Old Pot Conviction Faces Deportation

A 37-year-old man from New Paltz, New York was arrested during a biannual Immigration and Customs Enforcement check in Manhattan on Tuesday, according to his family. Joel Guerrero, who immigrated to the country legally, was reportedly arrested on the grounds that he had missed a January 2011 court date, following a prior misdemeanor marijuana possession conviction. He now faces the possibility of deportation. [See below for update: According to ICE, the conviction was a felony for intent to sell or distribute.]

Guerrero, who works in construction, attended the check-in with his new wife, Jessica Guerrero, who is six months pregnant. His family says that he was detained on the spot, after multiple years of check-ins without incident. 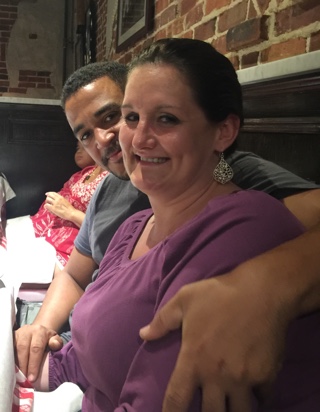 "He was going in for a routine check-in," Guerrero's brother, Edward, told Gothamist on Friday. Edward lives in the Bronx, and rushed to the ICE offices in Federal Plaza on Tuesday. "They asked [Jessica] to take his wedding ring, and they allowed him to say 'bye,' and then they took him," he recalled.

"He works five days a week, sometimes seven days a week, in preparation for his newborn baby," Edward added. "So the guy is really making strides, doing the right moves, working hard."

Guerrero has a lawyer, according to his family, who has filed for an emergency deportation stay.

He is currently being held without bail at the Hudson County Correctional Facility in Kearny, New Jersey, according to the facility's automated records service.

A single marijuana conviction qualifies a legal permanent resident for deportation. According to a recent Human Rights Watch report, 34,337 people whose top conviction was marijuana possession were deported between fiscal years 2007 and 2012. Low-level convictions were classified as low priority, though, under Department of Homeland Security guidelines released during Obama's second term.

According to Edward, Guerrero received the marijuana conviction nearly a decade ago, and was later detained returning from a vacation in the Dominican Republic.

"Long story short, he got an immigration lawyer, and it's been going on for years," Edward said. "The judge... allowed him to report every six months to the ICE office. He was doing that faithfully, and the last time he was just taken."

Regardless of Guerrero's current status, this week's meeting marked a stark shift in enforcement. "Up until recently ICE has been allowing some individuals who have prior orders of removal to remain in the country because of some sympathetic fact or factor in their cases," said Ward Oliver, supervising attorney for the Immigration Law Unit at the Legal Aid Society. "Given Trump's executives orders, it is hard to say what, if any, discretion ICE will be exercising in the future."

"I said to the [ICE] officer, 'why is this happening' and he said to me, 'the Trump administration is telling us to enforce everything,'" Jessica told ThinkProgress this week. "He said to me, 'this is because we're told now that we can enforce these orders.'"

The New Paltz Town Council sent a letter to the Department of Justice on Thursday, on Guerrero's behalf. "We believe that punishments should fit the crime and we respectfully ask that you do not allow this incident to tear apart a family," it states.

Jessica told the outlet Mid-Hudson News that if Guerrero is deported, she will "absolutely" go with him.

"He is my husband," she said. "We are having a child together. This is my life. It's not what I want but I couldn't be apart from him."

Originally from the Dominican Republic, Guerrero immigrated to the United States legally in 1997, when he was 17 years old.

"My brother doesn't know anyone in the DR. He was a kid when he came here," Edward, a green card holder, said. "I also made mistakes when I was younger. Everyone does. I just didn't get caught."

"I do understand there are people out there who deserve to be removed from the country," Edward added. "But if you start building a life and you have a family that loves you—under this new administration, it doesn't matter who you are. It doesn't matter if you stole a piece of candy in the store, you get deported."

[Update 3/4]: ICE spokeswoman Rachael Long Yow said in a statement that Guerrero has a felony conviction for possession with intent to manufacture, sell, or deliver a schedule VI controlled substance (marijuana or a synthetic equivalent). Also, that he is subject to a final order of removal issued on January 6, 2011. Guerrero's family counters that Guerrero was awarded clemency, his charge downgraded to a misdemeanor. We will update with any additional information.

#deportation
#ICE
#joel guerrero
#new paltz
#original
Do you know the scoop? Comment below or Send us a Tip