After Crashing, Motorcyclist Killed By Minivan Driver On West Side Highway

Last night, a motorcyclist traveling on the West Side Highway on the Upper West Side was fatally struck by a vehicle.

According to the police, the incident occurred around 9 p.m. on the Henry Hudson Parkway near West 72 Street. The 44-year-old motorcyclist had been traveling southbound in the left lane when he struck the center median and fell off the vehicle, landing in the left lane of the northbound side of the parkway. He was then fatally struck by the 26-year-old driver of a 1992 Mazda minivan. 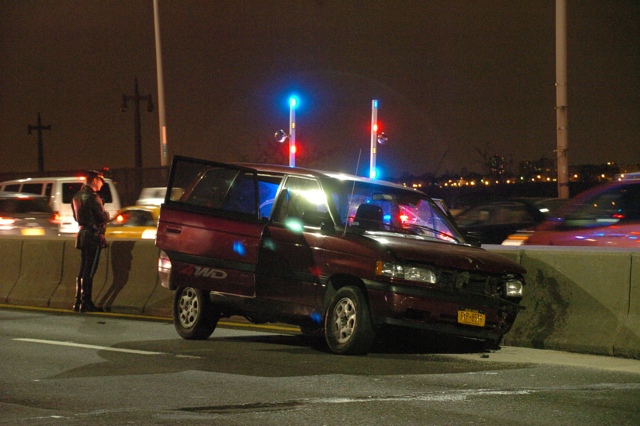 The motorcyclist was declared DOA at the scene, the driver remained on the scene, and no arrested have been made. Police add that the investigation is ongoing.

#cis
#west side highway
#original
Do you know the scoop? Comment below or Send us a Tip
A new Gothamist is coming! We’ve moved comments over to our beta site. Click here to join the conversation and get a preview of our new website.