An adorable 22-year-old capuchin monkey was taken from a Long Island home after authorities found its owner had been keeping it as a pet without a permit. ABC reports that on Friday, a tipster notified the Suffolk County SPCA and the New York Department of Environmental Conservation about the monkey, which had been confined to a Brentwood home.

Chief Roy Gross of the SPCA said the monkey was taken to a licensed wildlife facility Sunday, and appears to be in good health. 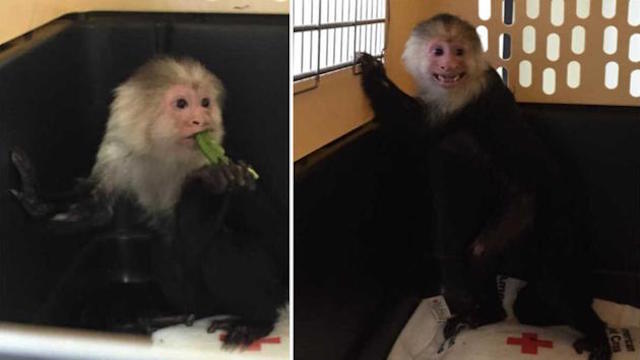 “You can’t legally own a primate in New York State without a special license,” Gross told Newsday. “They look adorable, but can be very dangerous and inflict serious wounds and spread disease.” Capuchins are native to Central and South America, and can live up to 50 years. They can also harbor infectious diseases and inflict serious harm if they become violent.

The monkey’s owner was charged with illegally possessing an animal.