We're still getting over our post-blizzard/"Re-Christmas Day" hangover (can't eat...another...Japanese Green Tea Kit Kat...)—so what we need more than anything are some pleasant animal-related stories stat. Thankfully, the Suffolk County police were happy to oblige by rescuing the world's most adorable baby deer from the frigid waters of Long Island. And then they fed it popcorn. 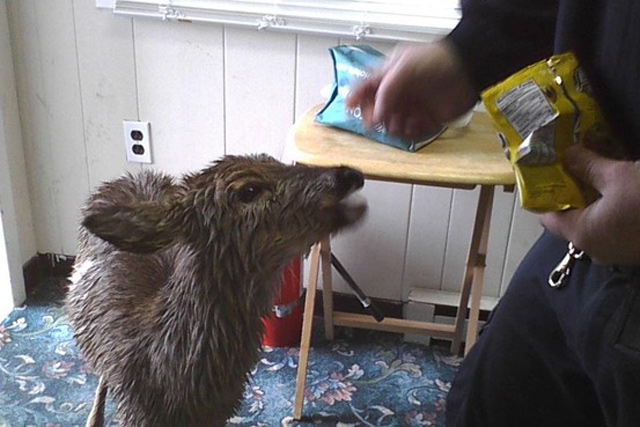 LOOK AT IT EAT (Suffolk Police)

According to a release, Marine Bureau officers Robert Femia and Peter Bogachunas noticed the fawn in the icy waters off Davis Park Marina in Fire Island approximately 30-yards from shore around 1:04 p.m. on Thursday. They pulled it from the water, which was seven to eight feet deep, onto the boat and covered it with a blanket: "The deer was not moving and appeared to be in shock."

So obviously things were quite harrowing at this point, but after they docked their boat came the best part (the equivalent of the moment in the runaway goat story when the hospital security guard revealed himself to also be a skilled goat herder): "A family of deer came over and started to lick the baby deer and it slowly started to move around. The officers guided the injured deer to the police booth and fed it popcorn. The deer became more alert and ran off with the other deer." 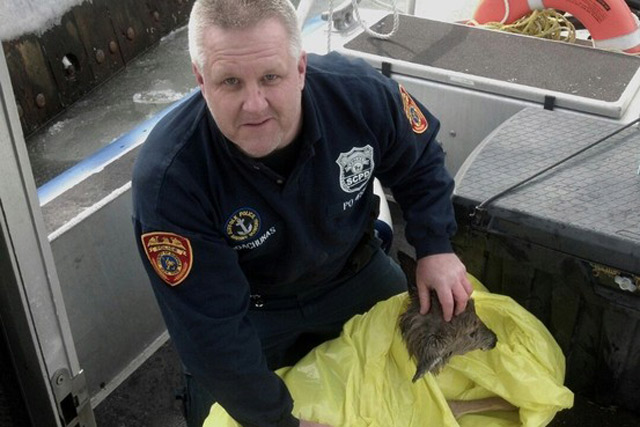 And this has been your daily dose of life-affirming animal stories. Now back to our award winning coverage of Kate Upton's dougie moves.

#adorable
#baby deer
#dawww
#deer
#long island
#suffolk county
Do you know the scoop? Comment below or Send us a Tip