Local Democratic Party apparatchiks are trying to oust a tenant-friendly Manhattan Supreme Court judge, and tenant advocates smell a plot to replace her with someone cozier with the real estate industry. The party controls who gets on the ballot in Supreme Court judicial elections, and since the elections are rarely contested and no independent candidate has ever prevailed, who sits on the bench.

Supreme Court judges serve 14-year terms, and it's rare for the party not to renominate sitting judges who want to continue to serve. But that's just what the Manhattan Dems' screening panel did recently to Judge Doris Ling-Cohan, sparking outrage among some Democrats, as well as many tenant, LGBT, and Asian-American advocates.

The decision not to renominate Ling-Cohan was publicized in the New York Post, with accompanying anonymous sources labeling Ling-Cohan as "lazy" and "slow" in handling cases.

"We must not support a nominating system that allows highly-qualified and independent judicial candidates to be kept off the ballot, simply because they fall out of favor with party leaders or unfairly become the target of anonymous attacks," leaders of the Asian American Legal Defense and Education Fund wrote in a statement. "We urge the New York County Democratic Committee to convene another panel that will conduct a fair and impartial review of Justice Ling-Cohan's qualifications, and we support her efforts to remain on the New York Supreme Court."

More than 100 supporters, including Councilmembers and legal activists, rallied in support of Ling-Cohan in front of City Hall on Wednesday. Retired Supreme Court judge Emily Jane Goodman called the attempted ouster an "outrage" and said the accusations against Ling-Cohan are unfounded. "None of the things that are being written about her have I ever heard inside 60 Centre Street," she said.

Elected in 2002, Ling-Cohan was the first woman of Asian descent to take the bench in the state Supreme Court system. She authored the landmark 2005 decision that ordered the city to start issuing marriage licenses to gay couples, which then-mayor Michael Bloomberg and then-attorney general Eliot Spitzer successfully appealed, delaying marriage equality in New York until legislators passed the Marriage Equality Act in 2011. Ling-Cohan was appointed to the court's Appellate Term in 2014, and in 2015, the National Law Journal named her to its list of "75 Outstanding Women Attorneys" in the country.

"Her record speaks for itself," Councilwoman Rosie Mendez said at the rally.

Allen Roskoff, president of the Jim Owles Democratic Club, said, "Doris Ling-Cohan cares about the people. That’s why the landlords don’t like her and the one percent don’t like her."

Activists, including dozens of tenants' lawyers, demanded that Harlem Assemblyman Keith Wright, chairman of the Assembly's housing committee and leader of the county Democratic Party, reverse the decision. 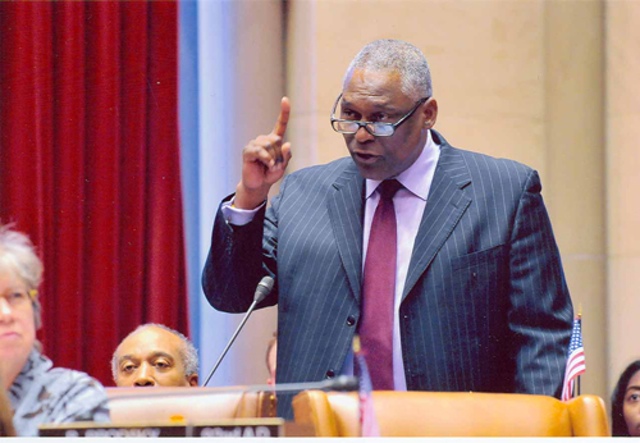 Wright told the Post that he doesn't have the authority to do that.

"If I were a true party boss, as in the days of William Tweed, I would circumvent the independent screening panel’s decision in order to advance the interests of my candidate," he said. "However, the New York County Democratic Committee conducts its business with transparency and integrity. For more than 30 years, the Committee has facilitated independent judicial screening panels to determine the best candidates for judgeships and I will defend this process even when I don’t personally agree with the outcome. The independent panel has spoken and the integrity of the process must be defended and upheld."

In response to the controversy, the party's executive committee met on Wednesday for an emergency session to discuss how to proceed. Gay City News reported that the meeting lasted nearly two hours and party operatives reached no resolution.

Manhattan Democratic district leaders told the paper they thought the panel's decision was "bizarre" and surprising, and said that some plan to nominate Ling-Cohan at the September 22nd county convention. The convention comes after Tuesday's primary but is where final judicial slate decisions are made. Delegates for the party convention will be voted for in the primary, but as WNYC noted in its series this week on why New York's judicial election system is bonkers, delegates only appear on the ballot when there are more contenders than seats, so many will be "elected" simply by having been nominated (and of course, registered Democrats are the only ones who can vote in the Democratic primary). 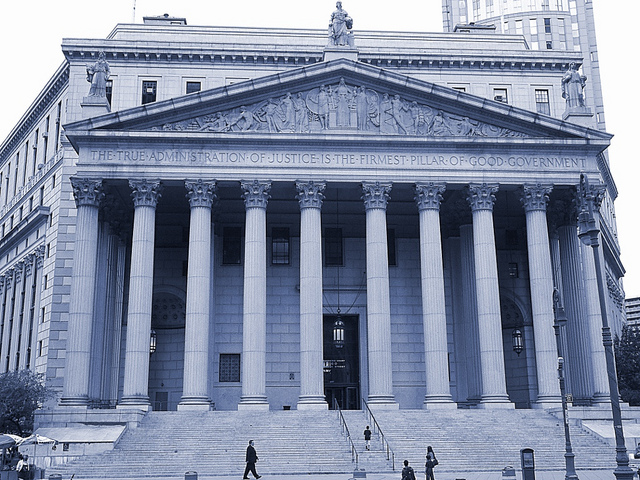 Gay City broke down the dynamics of the secret panel this way:

"These white shoe lawyers are getting a chance to knock off judges to benefit themselves," charged Pete Gleason of the Downtown Independent Democrats.

Reliable sources say that Ling-Cohan was rejected by a 12-10 vote spearheaded by Deborah Riegel, a real estate lawyer whose firm would benefit if Ling-Cohan, who is widely supported by tenant groups, were not allowed to run again.

In response to a request for comment, Riegel, in an email message, wrote, “Notwithstanding what you may believe, the deliberations are confidential and I have no comment.”

A tenant lawyer who said he spoke to Riegel said that she told him, “The only one who is politicizing this process is Doris Ling-Cohan.”

While the 39 groups invited to send panelists reflected racial, gender, and sexual orientation diversity—though legal groups outnumbered community groups two to one—just 22 sent panelists and the vast majority were attorneys, mostly from the real estate and corporate bars, with some civil rights and immigration attorneys and one lay person from the Fortune Society, an ex-offender group. There does not even appear to be a requirement that the panelists live in Manhattan on a body intended to represent the borough’s voters.

The objections to Ling-Cohan inside the panel were said to be related to an old small claims case from 14 years ago and her insistence that attorneys put their emergency motions in writing even if only handwritten so that a court record would exist — rather than just discussing such motions in chambers. There is no way of knowing exactly what was discussed until panelists speak out publicly.

The paper obtained an email from Ling-Cohan to party Judiciary Committee co-chairman Curtis Arluck, in which the judge condemned the panelists for not allowing her to speak on her behalf, and accused some of having "clear conflicts of interest." "If New York County wants to maintain its reputation as a bastion of judicial reform, your committee should, at a minimum, call him to do a due diligence review on me," she reportedly wrote.

With the party having punted on making any decisions regarding the nomination, it seems a that Ling-Cohan's fate won't be known until after the convention on the 22nd.

"This is not over," Mike McKee of the Tenants Political Action Committee told the Post. "I read Judge Ling-Cohan’s decisions. This is not a lazy judge."