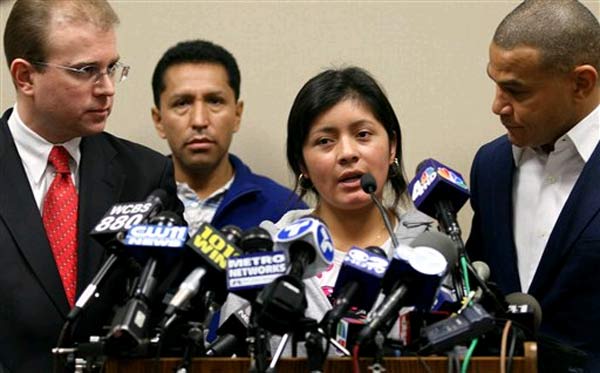 The father who wanted to give up his 6-month-old baby out of desperation has told the police he wants to surrender. Carlos Rodas, 27, was overwhelmed when his 14-year-old girlfriend and the mother of the baby left him to care for their daughter, so he, his sister, and her boyfriend, a livery cab driver, worked out a plan for the driver to leave the baby at a Queens fire house. 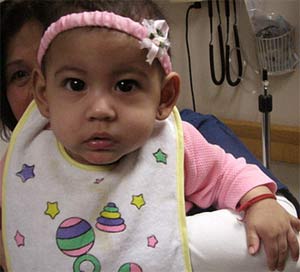 The story of the abandoned baby, a healthy adorable tot, drew media attention as the police asked for help in identifying her and the Taxi and Limousine Commission commended driver Klever Sailema, who said a man left her in the backseat. However, when it was revealed the driver knew the father, Sailema and Rodas' sister Maria Siavichay were arrested and the police searched for Rodas.

Siavichay and Sailema appeared at a press conference yesterday afternoon, and after urging her brother to turn himself in, Siavichay explained, '"My brother already had problems with the law, and his girlfriend was a minor. He was afraid that if they caught him with the child, he would be arrested." Sailema also apologized for making up the story.

Taxi union head Fernando Mateo defended Sailema's actions and asked for the charges to be dropped, "All these people did was...take the child to a safe haven." Mayor Bloomberg even commented about the case: "I think common sense says if [Sailema] was trying to do the right thing, a judge will interpret the law in a way that's not too punitive." The Queens DA's office said it was reviewing the case.

As for baby Daniella, she is with a foster family; the NY Foundling Agency told the Daily News, "She's adorable and delightful. They're goo-gooing all over her." ACS also has custody of the baby's mother, whom Mateo claims Rodas took from a detention center in Maryland. Mateo said, "He knows that that was wrong. The guy knows that he's in trouble."