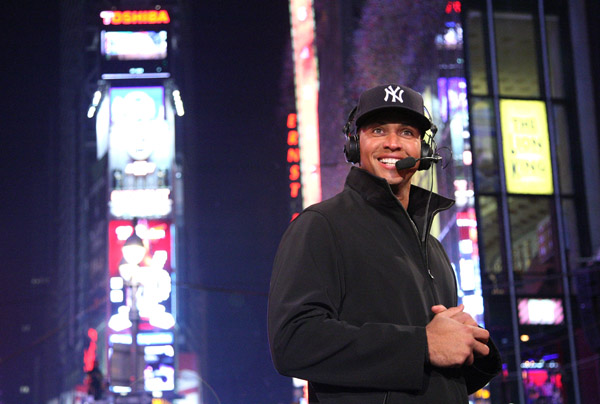 When it came to New Year's Eve countdown broadcasts, we were traditional and stuck with Dick Clark's Rockin' New Year's Eve. Which means we missed out on $275-million man Alex Rodriguez counting down with Carson Daly on Daly's New Year's Eve program. 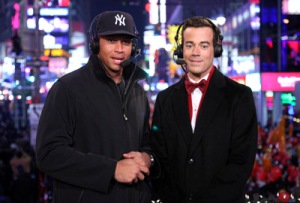 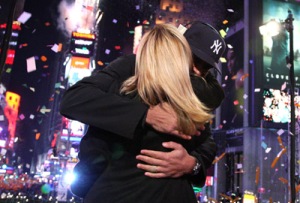 Mrs. A-Rod - Cynthia "C-Rod" Rodriguez - joined her husband for a 2008 clinch. And we'd like to echo commenter amsci's suggestion that someone should get Carson Daly a hamburger - he so skinny he's looking really rough.

Also, commenter Meino says that, on Dick Clark's Rockin' New Year's Eve, Ryan Seacrest introduced one of Mayor Bloomberg's daughters as Bloomberg's wife - did anyone else see it (we probably flipped to MTV to watch the trainwreck known as Tila Tequila)? All we know is that Seacrest got Bloomberg to deny he's running for President (again).