A Touch of Snow 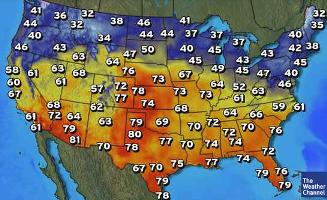 Did you see the snow this morning? Light snow, drizzle and fog were in the mix at Central Park for several hours this morning. More intriguing, between nine and ten this morning the Weather Service reported "unknown precipitation" as falling on Belvedere Castle. Very mysterious! Not enough snow fell in the city to actually be measured but places to the north and west reported up to three inches of snowfall.

Aside from the momentary snow excitement this should be a rather drab gray week. We can pretty much count on mostly cloudy skies and a warming trend until Friday. Rain is expected tomorrow with a high around 50. The chance of rain decreases on Wednesday and it will be a balmy 60 degrees. Warm air should last through Thanksgiving Day, when
rain is likely to make a return appearance. An umbrella might come in handy if you're going to the parade.

A cold front Thursday night will kick all that warmth and moisture out of here. The sun should return on Friday but it will be chilly. Highs on Friday and through the weekend will be in the forties.

Current temperatures across the country from the Weather Channel.