A Little Girl with Father Murdered, Mother in Custody 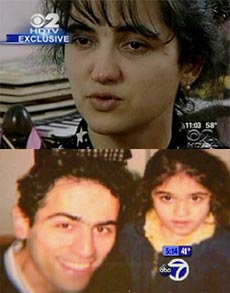 After the October 2007 murder of her father and her mother's arrest for his killing this past February, the Daily News checks in on 5-year-old Michelle Malakov to see how she's doing. According to her paternal grandmother, the little girl calls her uncle "Daddy," "She can't be without him for a minute."

Michelle witnessed the fatal shooting of her father, well-liked dentist Daniel Malakov, in a Queens playground. (Her parents had been embroiled in a bitter custody battle over her, and Malakov had been taking the then-4-year-old to be picked up by her mother.) Malakov's ex-wife Mazultov Borukhova performed CPR on him after a male shooter fired.

In November, police picked up a suspect whose fingerprints matched those on the homemade silencer--Borukhova's uncle by marriage, whose fingerprints were in the NYPD's system because of a fare-beating charge. And this year, the Queens DA said that Borukhova had made numerous calls to her uncle and paid him $19,000 for the killing.

The Borukhova's family and Malakovs are also fighting over custody of Michelle, and Borhukova, a doctor, is requesting that Michelle visit her at Rikers Island. The child's law guardian told the News he thinks that's okay, "She's a happy kid. She has emotional challenges ahead, clearly, [but] she's a smart and strong kid."

#battle
#custody
#custody fight
#Daniel Malakov
#Mazultov Borukhova
#Michelle Malakov
#murder
#queens
Do you know the scoop? Comment below or Send us a Tip
A new Gothamist is coming! We’ve moved comments over to our beta site. Click here to join the conversation and get a preview of our new website.