A is for Apple, O is for OxyContin 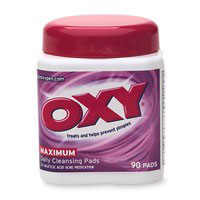 If they're good enough for Rush Limbaugh, they're apparently good enough for our City's school kids. The Post reports today that there are twice as many NYC eighth graders illegally using painkillers like OxyContin and Vicodin than there were five years ago. This surge has lead authorities to a crackdown on pushers, nabbing five NY State doctors who were peddling the stuff to kiddies. Both drugs are opioid derivatives similar to morphine (Vicodin also contains acetaminophen, which is the active ingredient in Tylenol) and can be highly addictive.

A study by the National Institute of Drug Abuse (NIDA) found that while the use of other illicit drugs like marijuana was down among students nationwide, prescription drug abuse has been on the march with as many as one out of ten high-school seniors reporting popping Vicodin. Local doctors and pharmacists have been held as responsible for the problem, with one Long Island doc writing so many illegal prescriptions that he single handedly put millions of dollars worth of painkillers onto the black market.

Teens can check out the NIDA for Teens site to see what all those groovy pills are really doing to their insides.