A (Corporate) Nightmare on Smith Street 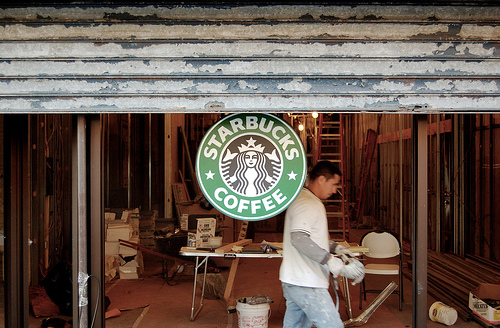 The NY Times takes a look at Smith Street and the corporate companies creeping into the area and setting up shop. The most recent big announcement is that Trader Joe's is taking over the old bank on Atlantic Avenue and Court Street. How long until more big fish come to feed?

Urban Outfitters originally wanted the new Trader Joe's property, so we suppose they'll be hawking "Ski Cobble Hill" T-Shirts soon enough. Just last week Lucky Brand Jeans opened a store on Smith Street, joining American Apparel, Flight 001 and, of course, a new Starbucks (which took over a dollar store). Mixed in with the corporate staples are smaller fashion designers with storefronts, condos and restaurants. While it's not quite as gentrified as Park Slope, interest in the hood is escalating, and some in the area actually refer to it as the West Village of Brooklyn ("sophisticated, refined and slightly bohemian").

This area of Smith Street, from Atlantic Avenue to Carroll Street, brings together Boerum Hill, Cobble Hill and Carroll Gardens (which some call BoCoCa...really rolls off the tongue, doesn't it?). The Times reports that "stores that rented for $50 to $75 a square foot earlier this year now are $100 or more" and by years end may be closer to $135 per square foot.

At those prices, hopefully the more interesting shops without corporate backing can stay open. Michelle Sauer and Jose Portes just opened Homage, a skateboarding shop and natural food cafe, in a storefront that housed a barber shop. If the upscale really do take over Smith Street and the Paris Hilton crowd ever shows up to drop some dough, you can be sure the heiress will pass right by Homage - as Michelle Sauer's father is the one that sent her to jail!

Photo of Starbucks on Smith St via Matt MacDonald's Flickr.