A Brief History Of Crane Collapses In NYC

One person is confirmed dead and several are injured in a crane collapse in TriBeCa this morning, a scene so devastating a cop described it as "about the worst situation it could be." This is not the first time in the city's recent history that a crane collapse has proved fatal, and elected officials have spent years trying to improve safety at construction sites to prevent these accidents. Still, they keep happening. 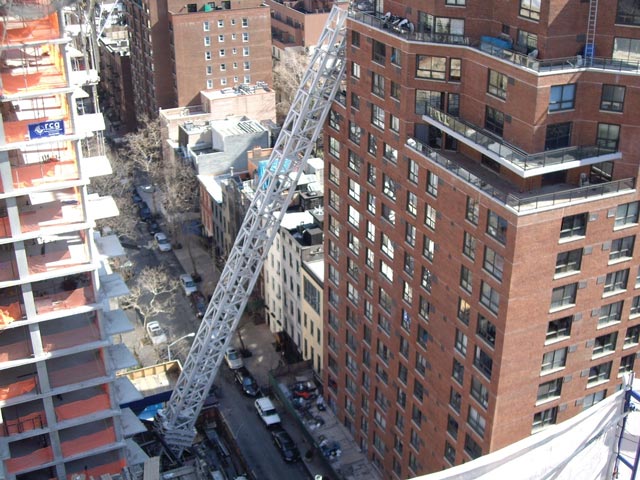 Since then, there have been several smaller fatal and near-fatal incidents involving cranes. A worker was killed after a crane collapse at the 7-train extension site in in 2012; seven people were injured in a crane collapse in Long Island City in 2013; a construction worker was crushed to death by a crane last April, and in May, multiple people were injured after a crane struck a building on Madison Avenue near 38th Street. 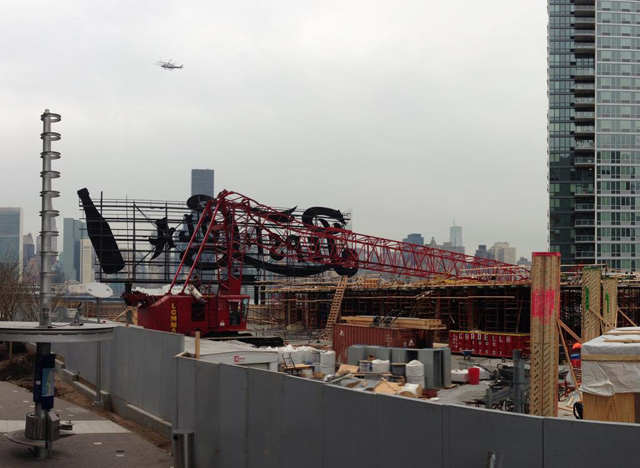 There were a number of serious incidents involving cranes prior to the fatal collapse in 2008. In 1985, a pedestrian's legs were crushed when a crane collapsed at a construction site on the Upper East Side. That incident was attributed to negligence, and the construction foreman was convicted of assault and reckless endangerment. In 1995, a crane operator was killed in a Long Island City rail yard when the crane he was working with fell over.

And in 1999, one worker was killed and three others were injured after a crane collapsed at a construction site at 24th Street and 6th Avenue.

Mayor de Blasio said today that the victim of today's collapse was a man who had been sitting in his car when the crane came down. Three other people were injured, two seriously—all three were bystanders struck by falling debris.

#crane collapse
#cranes
#tribeca
Do you know the scoop? Comment below or Send us a Tip