A 9-year-old girl is in critical condition after being struck by a driver in Brooklyn yesterday. The incident happened around 5:30 p.m. at McDonald Avenue at Avenue U in Gravesend on Thursday. The girl, whom the News identifies as Katrina Wang, was struck by the driver while walking with her grandmother. 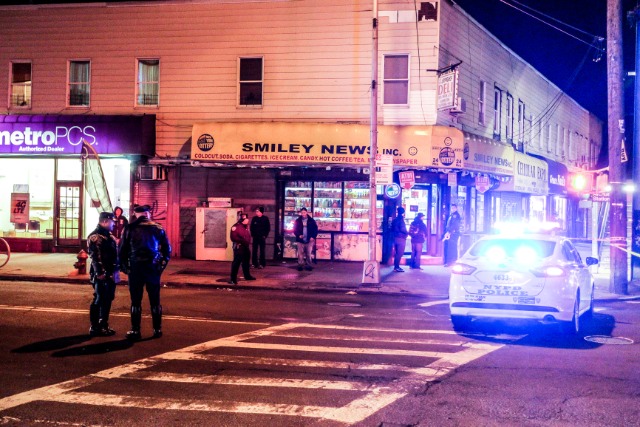 A witness told the News that the impact sent the girl onto the car's windshield: "He hit her and she went flying up in the air, boom," said witness Anwar Dannilod. Another witness said the driver initially abandoned his car and ran down the street, then returned a few minutes later: "He left the scene, he came back later and he was crying. I asked him if he wanted me to pray for him, he said ‘yes’. He was pale as a ghost."

Wang was taken to Lutheran Hospital in critical condition. CBS 2 reports that the driver has not been charged. An NYPD spokesperson could not confirm that to us, and the spokesperson also had no information about whether an investigation is ongoing. We'll update as more information becomes available.

#brooklyn
#cis
#gravesend
#original
Do you know the scoop? Comment below or Send us a Tip
A new Gothamist is coming! We’ve moved comments over to our beta site. Click here to join the conversation and get a preview of our new website.