86-Yr-Old Pedestrian Killed By Driver On Upper West Side

Hours after Mayor Bill de Blasio discussed how eight pedestrians were killed in traffic crashes this past week, another person was killed by a driver on the Upper West Side.

According to the NYPD, at around 5:11 p.m. yesterday, officers responded after receiving a 911 call about a pedestrian who was struck at West End Avenue and West 64th Street. Police found an 86-year-old woman, who had apparently been heading east across West End when she was hit by the driver of a 2002 Toyota Camry that was traveling north. The driver remained at the scene. 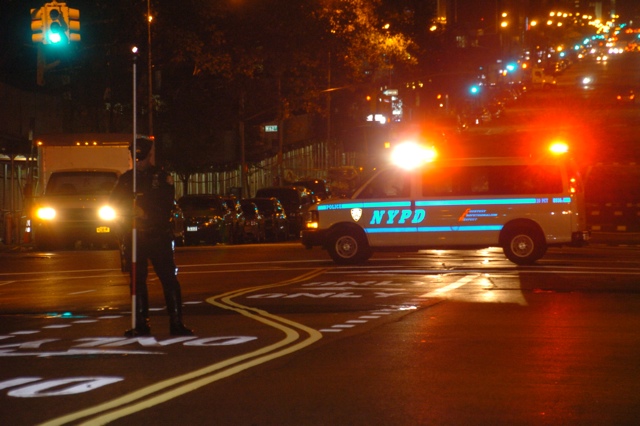 The victim was pronounced dead at St. Luke's Hospital.

Mayor de Blasio said yesterday that Vision Zero was working, citing a dramatic increase in speeding and failure to yield tickets issued to drivers: "I think a lot of it is, people who have a license and are not under the influence, but are driving too fast. I still think that's our number one problem, and not being mindful and not respecting pedestrians... Let's be clear: the central problem is vehicles being used wrongly and endangering others."