Around 11:00 a.m. last Wednesday, Leokadia Trzaskowska was sitting at her work bench inside Zegarmistrz Watch Repair Service, her watch repair shop of 26 years. It's a tiny closet-like space that fills the front window of Sunshine Laundromat in Greenpoint. When a man came in, announced himself as a marshal, and ordered her to leave immediately, she was shocked and confused.

Trzaskowska only had time to pick up her purse before the shop door was padlocked behind her. Inside were the specialized tools she has used for decades to replace watch faces, batteries, and straps. Her passport was also left behind, along with a new digital camera, and an antique French table clock.

Three days later, on Saturday afternoon, Trzaskowska returned to the shop to find that all of her possessions had been removed. The shop space had been scrubbed clean, and her work bench and shelves had been gutted. In their place was an Attack From Mars pinball machine, and, facing the street, a vintage, coin-operated chimpanzee fortune teller (both are part of the laundromat's celebrated collection of arcade games). This came as a second shock, and Trzaskowska broke down.

"It's simply 20 years of my life," she said over coffee at Kasia's Restaurant in Greenpoint earlier this week. "I suffer terribly." 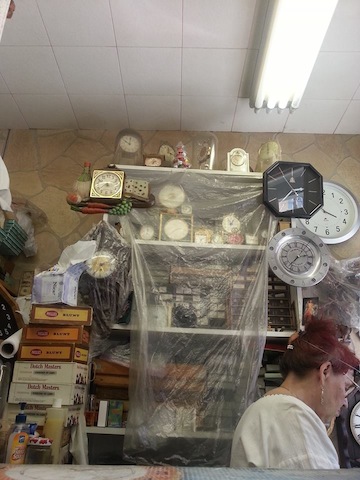 Trzaskowska, a few years ago, at work in her shop (Joy Garnett)

We visited Sunshine Laundromat on Monday, where a marshal's legal possession notice was fixed to the door of Trzaskowska's shop, dated July 8th.

Once a commercial possession takes place, it's the landlord's right to put the shop's contents in storage for 30 days. According to state law, the marshal must provide written notification six business days before the eviction is scheduled.

Jerzy Sokol, the attorney representing Trzaskowska's landlord, Naum Medavoy, said she did receive notice, but Trzaskowska herself is adamant that she has never been presented a single document from her landlord, or the court.

Complicating matters is the fact that, according to Sokol, Trzaskowska, who has paid $750 a month for years, has never had a formal lease for her space. When asked about a lease, Trzaskowska became distraught and insisted over and over again that she had no documents. She is also 77 years old, and English is her second language. She has not sought help from a lawyer, because she believes doing so would be cost-prohibitive.

When we pointed out Trzaskowska's difficulties, Sokol replied, "I'm not here to educate her."

Without a lease, "there are no rights I'm aware of," said attorney David Hershey-Webb, who often litigates on behalf of tenants. 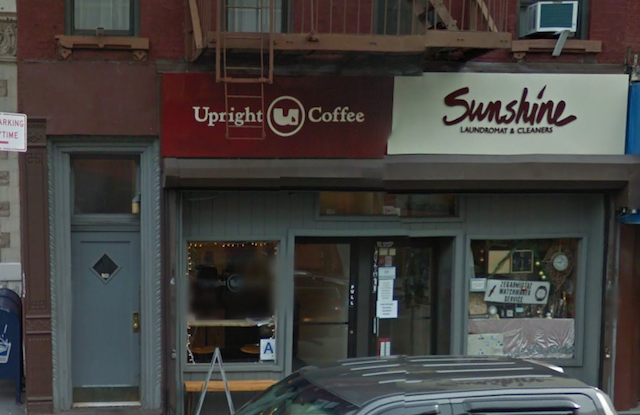 Trzaskowska and her late husband Henryk opened Zegarmistrz soon after they moved to Greenpoint from Warsaw in 1989. Henryk died in 1999, and Trzaskowska has worked by herself for the past 16 years, often 60 hours a week. Her prices ranged from $5 for a battery replacement, up to $200 for more complicated digital watch repairs. She shares an apartment with her grown son within walking distance of the shop.

Trzaskowska says that Medavoy first told her in April that he needed her shop, and that she was going to have to leave. He encouraged her frequently to look around for another storefront, but didn't explain what his plans were for the space.

"Landlord say, look in different place, because we need," she told us. But, "I need the place small, you understand? Because I just do the repairs." Trzaskowska said that she looked at one space that asked for $4,000 a month.

So Trzaskowska made up her mind not to leave, and to simply wait to hear something from the courts. "I looked, I didn't find a new shop, and he told me he was going to court," Trzaskowska said. "I didn't get any documents, you understand?"

In the meantime, she continued to pay her rent. However, both she and Sokol confirmed that since April, her rent checks have not been cashed. Sokol said this is because possession proceedings have been ongoing since late winter, and claims that this is not the first notice of eviction that Trzaskowska has ignored.

"A lady over 70 should be given some leeway," said John S., a customer who considers himself a friend of Trzaskowska's.

"She was keeping such a low profile. Having such a small space, and having ended this way, is beyond comprehension and morality. I am grieving for her."

A Sunshine employee told us that the space might be repurposed as a front desk for the laundromat. Sunshine recently acquired a beer and wine license, and is in the process of building out a bar, but that construction is happening in the back of the shop.

"She actually got a lot of customers," the employee said. "There were definitely people there every day." 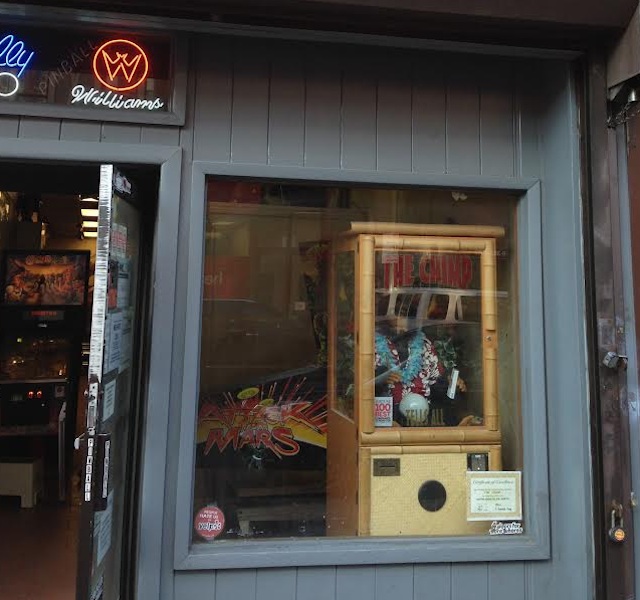 Sokol, the landlord's attorney, says that he has sent a letter to Trzaskowska, providing an address and contact information for the storage center where the contents of her shop are being held, but she remains adamant that she is completely in the dark. Both parties are scheduled to appear in civil court on Monday for a hearing at which Medavoy will be asked to prove the legality of the possession before a judge—a standard procedure in cases where improper eviction is suspected.

Sokol shrugged off Trzaskowska's eviction as a byproduct of gentrification. "Is this case really so strange in Williamsburg or Greenpoint? You see that on Manhattan Avenue, the prices are going up. This is how the neighborhood is changing."

Although Trzaskowska would like to find a new shop, she admits that rents are too high. For now, she's preoccupied with the whereabouts and safety of her tools and supplies. "It simply means I've lost everything," she said.

Recalling the chimpanzee fortune teller that now occupies her shop, Trzaskowska shook her head. "They should have killed me."

UPDATE, July 20th: Trzaskowska had her scheduled hearing at Kings County Civil Court in Downtown Brooklyn this morning, and her motion to regain access to her shop was denied. Judge Theresa Ciccotto ruled that Trzaskowska was "properly notified" of the marshal's notice, and that she can retrieve her belongs from Baya Moving and Storage in Queens.

According to documents presented in court by Jerzy Sokol, the landlord's attorney, Trzaskowska did not have an official lease, and "was informed many times [via documents delivered by a process server]... that the landlord needed the space and that she had to look for a new location." Sokol also provided photographic evidence of the marshal's warrant, posted at 860 Manhattan Avenue on June 26th, six business days before the eviction took place.

We have reached out to Trzaskowska and will update with any more information.

#gentrification
#greenpoint
#sunshine laundromat
#Zegarmistrz Watch repair Service
#original
Do you know the scoop? Comment below or Send us a Tip