Police are looking for the man believed to be behind two violent attacks in East New York which left an 18-year-old woman and 6-year-old boy dead and a 7-year-old girl seriously wounded. Now, Western Beef has added $50,000 to the reward money, which is now at $63,000. 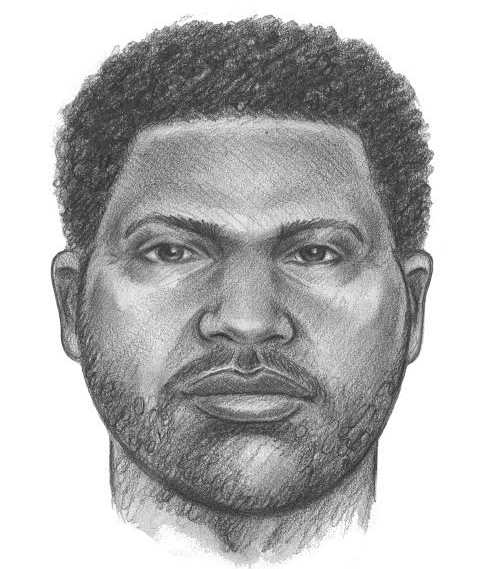 It's believed the suspect killed Tanaya Grant Copeland,18, who was walking home from marching band practice, on Friday night by East Stanley and Linwood. She was stabbed multiple times. Then, on Sunday just before 6 p.m., the suspect stabbed Prince Joshua "P.J." Avitto, 6, and Mikayala Capers, 7, in a building elevator at the Boulevard Houses on Schenk Avenue. Both children, who were headed outside to get ices, were stabbed repeatedly; P.J. died at the hospital while Mikayala survived (she is unable to speak, but she is responsive).

P.J.'s father Nicholas Avitto said he recognized the sketch of the suspect. He said the man was "schizo"—"I see that sketch and I recognize that individual. I’ve seen him in the hallway. That’s the guy, he’s homeless, he might be in the shelter sitting back, laying back, thinking nothing’s gonna come his way. Police need to check it."

Residents and city officials are upset that surveillance cameras—which were designated for the Boulevard Houses—were never installed. The NY Times reports:

Security cameras were to have been installed this year throughout the 18-building complex, the Boulevard Houses. But the process has moved slowly and the building where the boy was killed did not have any cameras, which has hampered investigators’ efforts to identify a suspect.... As of early Tuesday night, the police had given no indication that they had identified a suspect. Meanwhile, housing officials were scrambling to address delays in installing cameras. They said the approval process would be “accelerated” and they were moving to complete $27 million worth of installations in 49 housing projects, including Boulevard Houses, by the end of the year.

Mayor de Blasio said, "I think it was a bad strategic decision by NYCHA to not simply put those cameras in place immediately. I understand cameras are not a panacea but they're part of the process of fighting crime and one of the great tools we have... So all those cameras must be in place by the end of 2014, throughout the system. The buck stops with me."

East New York residents are worried that the suspect might attack again. Police Commissioner Bratton said, "This is a particularly heinous crime. Two young children in an elevator with no place to escape, nothing at all, and some character gets on and just starts stabbing them? (Residents) have every right to be concerned."