An unidentified 6-year-old boy was fatally run over by the driver of a tractor-trailer in East Harlem this morning, shortly before 8 a.m. According to the NYPD, the child was crossing First Avenue in the crosswalk from east to west when the truck driver turned right on to East 117th Street, running him over. The boy was rushed to Harlem hospital, where he was pronounced DOA. His identity is being withheld pending proper family notification.

NBC New York reports that the boy was accompanied by his 9-year-old brother, who was uninjured, and that they were on their way to school at PS 155, just a block away. A school crossing guard wept as she told CBS 2 that she was on a five-minute bathroom break when the boy was hit.

The truck driver remained at the scene and has not been charged. According to a statement sent out by the NYPD press office approximately two hours after the boy's death, there "is no criminality suspected at this time."

This type of crash—known among bike messengers as a "right hook—is all too common, and some say it's largely attributable to the blind spot on trucks' right sides. Transportation advocates have called for trucks to be equipped with side guards that can prevent cyclists, pedestrians, and even small cars from being crushed under the wheels. Such safety guards are legally required on trucks in the United Kingdom, parts of Europe, and even Portland, but some truck manufacturers argue that retrofitting old trucks is too costly. 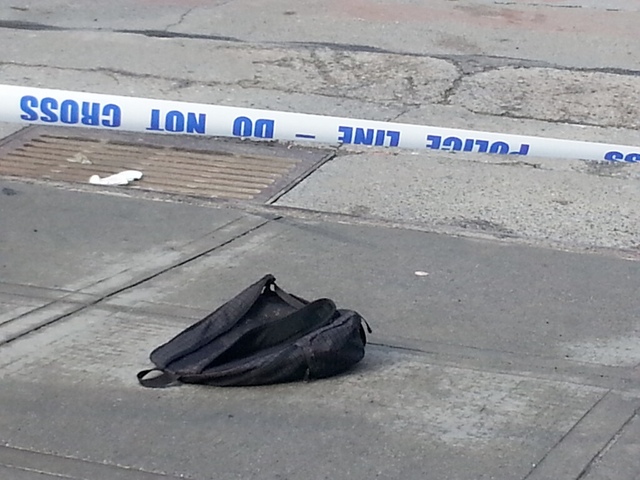 #AIS
#harlem
#no criminality suspected
Do you know the scoop? Comment below or Send us a Tip