At yesterday's State of the City speech, City Council Speaker and presumptive mayoral frontrunner Christine Quinn laid out her plans for the city and the city's middle class. But at the same time, her office released a report on the "Middle Class Squeeze" [PDF] and if you wanted to be depressed about the status of the not-super-rich in the Big Apple, well, there are lots of charts! We collected a few of the most important ones. 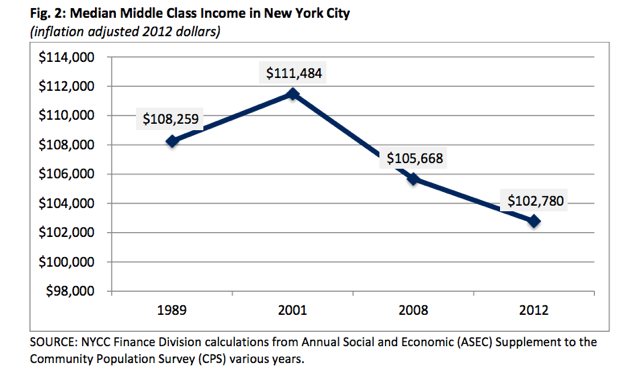 Meanwhile, as the median income is dropping, turns out the middle class was especially hurt by the recession. While historically the middle class unemployment rate is quite low it has risen dramatically since the 2008 recession kicked in (and this even taking into account those who simply stopped looking for work): 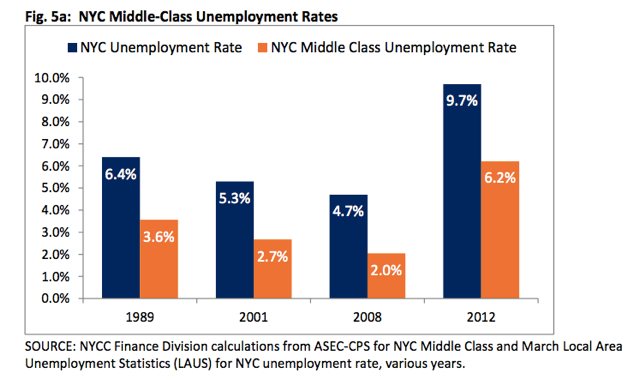 Want further proof of that? Just look at this chart showing change in employment numbers for "typically" middle class jobs in the past decade! 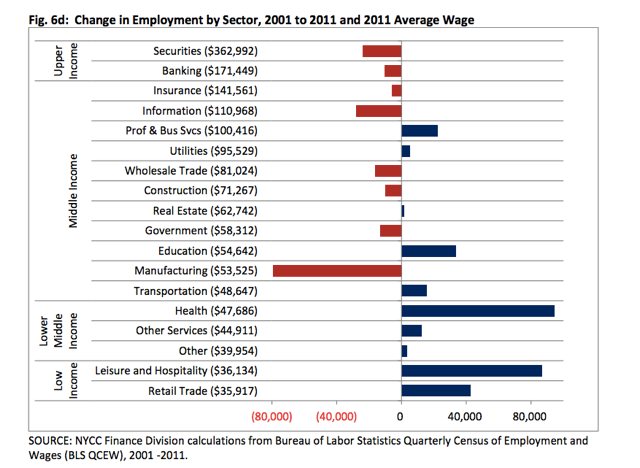 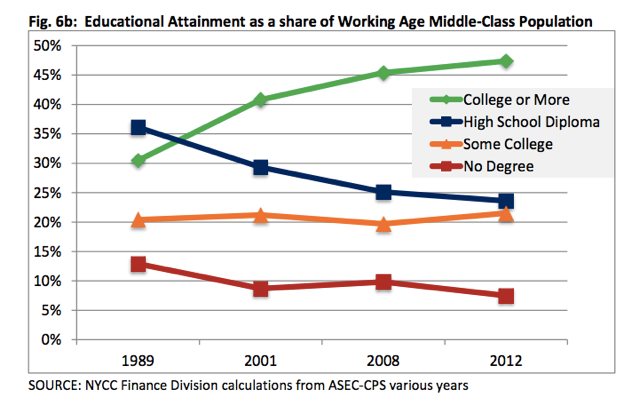 Still not nervous about the viability of your plan to live long term in the City That Never Sleeps without sleeping with a sugar daddy? Take a nice long look at how New York City's housing costs as a percentage of total income compares to other parts of the country: 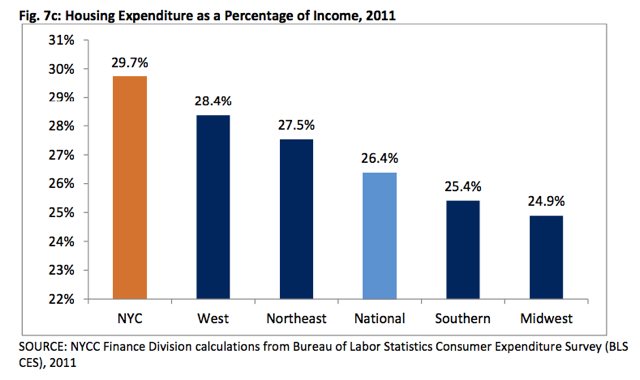 Or just look at this index comparing individual borough's housing costs to cities around the country: 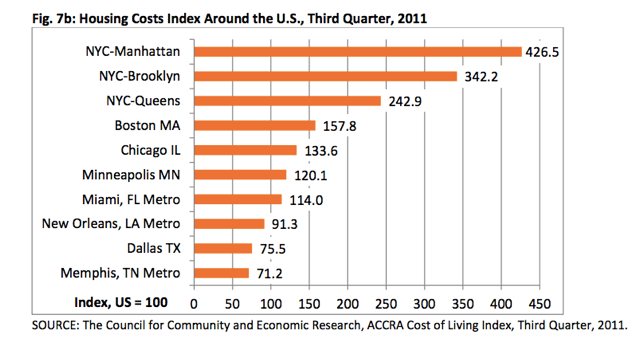 Fuck it, we're moving to Detroit.

#charts
#christine quinn
#depressing
#Election 2013
#Middle Class
#you are going to die poor
#original
Do you know the scoop? Comment below or Send us a Tip