50 Years After Eviction For Urban Renewal, Some Former LES Residents Told They're Too Poor To Return

For Beatriz Guzmán, the mission to get an apartment in the Lower East Side’s new Essex Crossing development began with the accidental discovery of a faded letter.

The letter, which had belonged to her mother, was a piece of New York urban renewal history. In 1967, when Guzmán was six years old, she and her family were forced to move from their tenement on Clinton Street as part of a so-called “slum clearance” project that had been initiated by the city's master planner Robert Moses. Nearly 2,000 families, most of them poor and Puerto Rican, were displaced—in Guzmán's family's case, first to New Jersey, later to Brooklyn—with the vague and distant promise that they could return someday when new affordable developments were built.

City officials eventually put this pledge—known in urban renewal circles as the “right to return”— in writing. In July 1978, the city sent Guzmán’s mother a letter stating that she “should have a priority to return to the area.”

In 2014, disabled and living in public housing in the East Village, Guzmán found the document among her mother's things in storage—five years after her mother had died and nearly 50 years since their Lower East Side tenement had been razed.

In what felt to her like a miraculous bit of timing, the city had recently approved Essex Crossing on the site, after it had sat empty for decades while assemblymember Sheldon Silver worked behind the scenes to thwart development for fear that changing the neighborhood demographics would dilute his Jewish voting base. Of the roughly 1,000 apartments to be built, half were to be below market rate.

As a former site tenant of what had become known as the Seward Park Extension Urban Renewal Area, Guzmán was eligible for one of the affordable units. She was even profiled in the New York Times, prior to the launch of Essex Crossing's affordable housing lottery.

“It was meant to be,” she recalled thinking to herself at the time.

But if Guzmán thought the letter would immediately guarantee her a spot in a coveted development, she soon learned it wasn't going to be that simple.

Guzman applied for Essex Crossing in March 2017, on the first day the lottery opened. Not long afterward, the development's management company rejected her for having an income too low to qualify at 40 percent of the area median income level, the most affordable category. Realizing that she had additional income she had forgotten to add, she appealed, but lost. She submitted another appeal. She later applied to another building in the development, but never heard back. She was eventually able to determine that her second application had been denied on the basis of her credit history.

According to housing advocates, Guzmán's experience underscores the practical difficulties faced by many low-income applicants who apply to the city’s affordable housing lotteries. Vying for a limited number of units, these individuals are often hampered by checkered credit histories or incomes that don’t fall within narrow designated bands.

“Credit history has been used as a proxy by a lot of owners and developers [of a person’s ability to pay rent],” said Mary McCune, a staff attorney at Manhattan Legal Services who represents low-income tenants applying for affordable housing. “It unfortunately is not a reliable indicator.”

In fact, the affordable housing application process can be a catch-22, where poverty is both the prerequisite and the disqualifier. For example, low-income individuals often apply to affordable housing because they're struggling to pay market rents, which will then be reflected in their credit histories. “But the reason they couldn’t pay an unaffordable rent is because it’s by definition unaffordable,” McCune said.

To date, 26 former Seward Park Extension Urban Renewal Area tenants have signed leases to live at Essex Crossing, spread across three buildings, according to a spokesperson for the developers, a group called Delancey Street Associates that consists of L & M Development Partners, Taconic Investment Partners, BFC Partners, the Prusik Group, and Goldman Sachs’ Urban Investment Group. (One former tenant died shortly after moving in.) The city's Department of Housing Preservation and Development could not immediately provide figures for how many former site tenants had applied.

By most measures, Essex Crossing—a nine-building 1.9-million-square-foot mixed-use redevelopment spread across six acres—is a significant achievement of urban planning. The level and type of affordability—half of the planned 1,000 units will be kept below market rate in perpetuity—was a testament to years of community activism that channeled local outrage over both the original demolition of buildings and the political machinations that kept the site dormant. Many community organizers had sought even greater affordability, but most came away convinced that Essex Crossing “was the best deal we could get,” according to Steve Herrick, executive director of the Cooper Square Committee, which took part in the planning process.

The first building, which opened last year at 175 Delancey Street, held 99 affordable units, all of them for seniors. The building was named the Francis Goldin Apartments in tribute to the Lower East Side activist who had fought for affordable housing on the site.

“It stands as a model that other people can point to,” said Gabrielle Bendiner-Viani, an urban studies scholar and author of Contested City, a book on the history of the Lower East Side’s urban renewal programs and the protests that sprung from them. “That’s a powerful thing.”

Former site tenants receive priority on roughly a quarter of the project's affordable units. But in order to be considered they still have to go through the city’s housing lottery system, in which they are vetted for income, family size, and credit history. Applicants must also undergo a background check.

For some, the degree of scrutiny comes as a surprise. Bendiner-Viani said many interpreted the right of return as that “the people who have first dibs were the people who were displaced.” But in this case, “they are still having to win the lottery if they are getting these apartments.”

One of the biggest hurdles for former site tenants is coming up with proof showing that they once lived in the urban renewal area. Under the guidelines developed under a task force consisting of city housing officials, the developers, and community members, former residents are required to provide government-issued documentation under either their names or that of their parents, with an address in the designated boundaries of the urban renewal site between 1965 and 1973.

“We’re talking about 50 years ago,” said Maisha Morales, who during her time as a program coordinator at the community organization Good Old Lower East Side (GOLES) helped people with the Essex Crossing application process. “To find proof that you used to live there was very hard.” 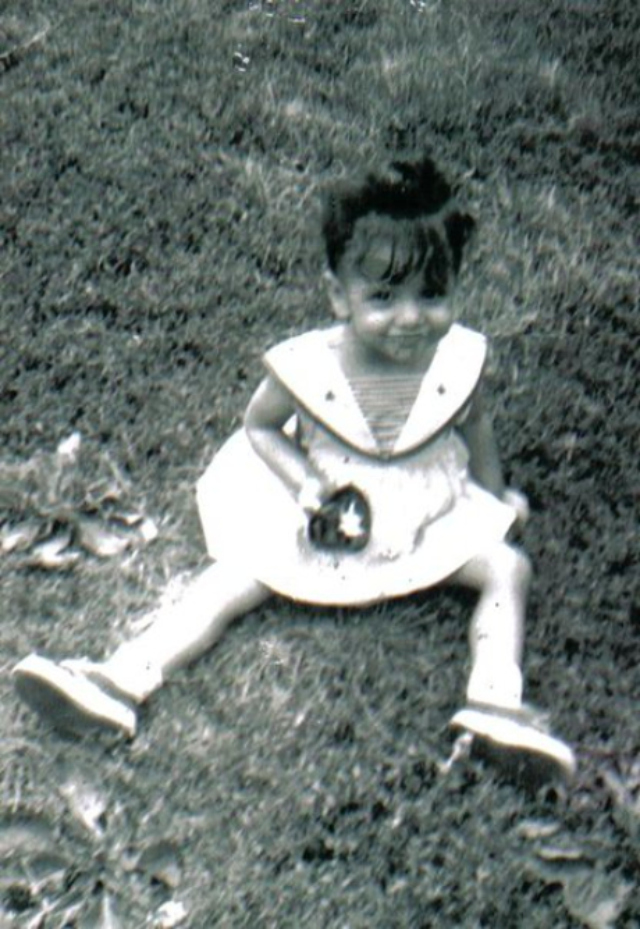 From the start, the city elected not to assist in locating former residents. A group called the Seward Park Area Redevelopment Coalition did the early work of spreading the word: holding vigils, distributing postcards, and setting up a Facebook page to find former tenants. At one point, it assembled a list of 200 people. Groups like GOLES stepped in to assist applicants, most of whom were elderly and low-income, through the process.

Morales would start by helping people find school records, but even then, they often ran into obstacles. One public school, P.S. 12, no longer existed, and even those that were still around could not always locate student records from half a century ago.

Ruth Santiago, a former site tenant in her 60s, said she had looked without success for records at P.S. 12. She ultimately was able to get a two-bedroom apartment through the lottery by using church records.

Time was another factor. Applicants called for an interview had roughly two weeks to come up with their documents, an impossible deadline for those seeking paperwork during the summer months when schools were closed. GOLES was eventually able to convince HPD to grant extensions.

The inability to find the proof left many devastated. “Because they really lived there,” Morales said. “They said, ‘I have no reason to lie.’ They would talk about the memories of growing up.”

Many were now living in poor housing conditions in walk-up tenements or public housing. Two individuals, Morales recalled, were homeless at the time. “It was heartbreaking to see,” she said.

Morales said that of roughly a dozen people she counseled, only two got into the first Essex Crossing site to hold an affordable housing lottery, a 211-unit building at 145 Clinton Street called the Rollins.

In at least two other cases, Morales added, former site tenants who were living in public or Section 8 housing turned down the apartments once they realized that unlike in their current housing, they would have to pay the full cost of utilities on top of rent. “As much as they wanted to move in, they couldn’t take that chance. It would have been choosing between paying rent and paying for their medication,” she said.

Four units at the affordable senior building at 175 Delancey were originally designated to accept Section 8 rent vouchers. Later, after pressure from the community, four additional Section 8 units were added.

Attorneys at Legal Services NYC have initiated conversations with the city as well as leasing agents about the struggles faced by low-income tenants. Leasing agents are supposed to receive training from the city's Housing Preservation and Development agency, McCune said. (A spokesperson for HPD did not respond to Gothamist's request for an interview.)

Still, there is an inherent tension in the process.

She said the question for the city is: “How do we create a process that is fair and transparent—and also fills the units?”

On June 8, 2018, Guzmán was finally notified that she would be offered a unit at 125 Delancey. It was her third application; after initially being rejected for bad credit, she was accepted after she filed an appeal with McCune's help. She moved into a one-bedroom unit in January.

Earlier this month, Guzmán sat in her new apartment and sifted through a stack of papers accumulated during the application process. She has meticulously held on to every single piece of paper. A 57-year-old former community organizer who once worked with Goldin at the Cooper Square Committee, she has advice for other former site tenants applying for the two additional lotteries that will open later this year.

“Don’t take no for an answer,” she said.

UPDATE: The address of Guzman's building is now 125 Essex Street, according to the developer. It had been changed.

#affordable housing
#Essex Crossing
#Lower East Side
#urban renewal
#original
Do you know the scoop? Comment below or Send us a Tip