According to A Walk In The Park, two girls and three boys broke into the famed towers last Sunday around 3:30 p.m., tagging stairs and walls on their way to the top ("pink, teal and black-colored graffiti"). 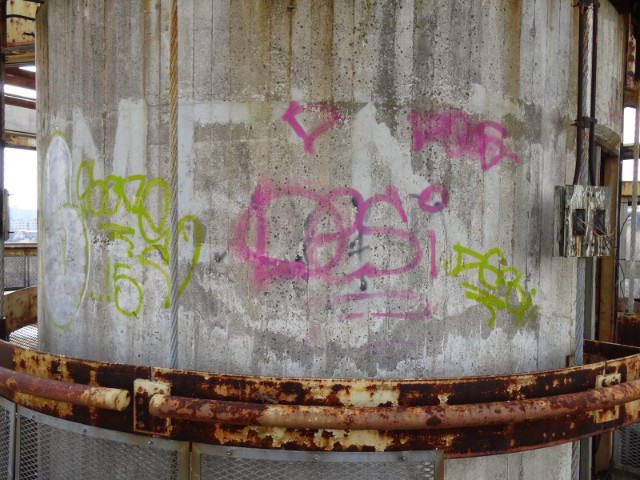 A Walk In The Park

The teens apparently cut a hole through a perimeter fence, then ascended a very deteriorated staircase to get up to the top; Park Enforcement Patrol Officers avoided those stairs, instead using a make-shift ladder made of electrical cords in order to get up. 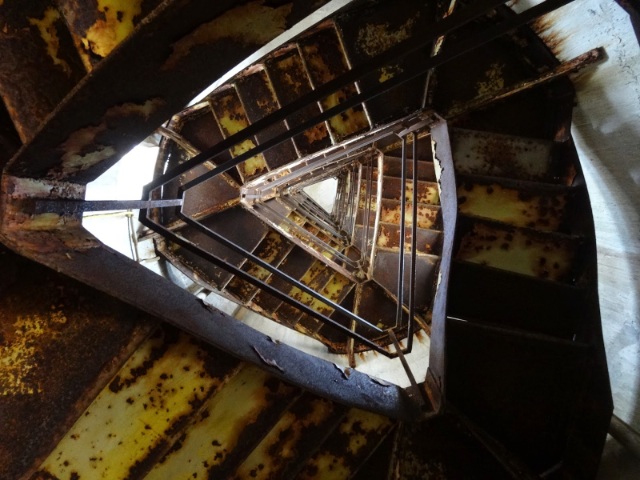 The deteriorated staircase the teens used (A Walk In The Park)

Walk In The Park adds that the teens were caught with two book bags filled with spray paint, markers and a camera that contained photos of tags at various locations. Only two of the teens, a 14- and 15-year-old, were arrested; both were charged with trespassing and possession of a graffiti instrument.

The Parks Department did not immediately respond to a request for comment.

It seems surprising that teens would be able to easily break into a NYC relic like this, but maybe we shouldn’t be that surprised—Undercity previously covered the ins-and-outs of getting to the Astro-View Towers, which are right next to the old Fair's Pavilion.