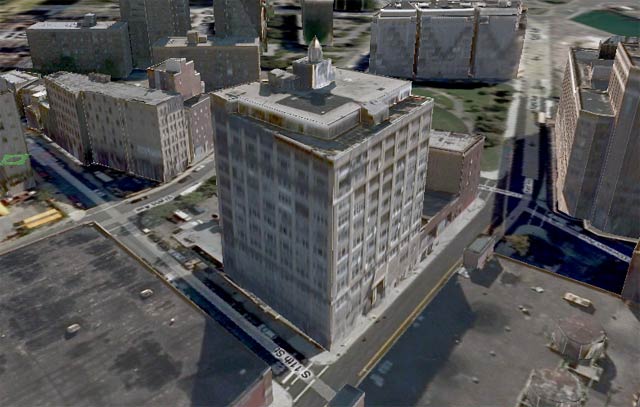 Over 150 residents of an eleven-story building at Kent Avenue in South Williamsburg were evacuated yesterday after the Fire Department and Buildings Department found a number of violations. The building had been illegally converted to residences and a matzoh factory, complete with two silos of (highly combustible) grain in the basement. A neighboring building was cited as well, and the violations ranged from non-working standpipes (which firefighters use to deliver water to fires), illegal partitions, blocked exits, inoperable sprinkler systems and others, including the illegal grain silos for the unauthorized basement bakery.

Residents were forced to move out by midnight, and many were upset about being asked to do so on an extremely cold night. One emailed Gowanus Lounge:

There are cops and firefighters roaming the halls of my building in south williamsburg telling everyone that the "building is being vacated" at this very moment. my building has about 100 or so people in it and is located at 475 kent ave. apparently there are numerous fire code violations and such. but, instead of trying to fix them, they are attempting to put 100 or so folks on the street on a 20 degree sunday night. i've refused to go anywhere. i have a dog and i have don't know that i can take her anywhere. what really bothers me is that the FDNY believes that my safety is being enhanced by putting myself and my dog on the street on a night where we could both literally freeze to death. this is real and it is indeed happening right now.

Residents were offered housing assistance from the Red Cross, but it's unclear how long that will last and when they will be allowed back in. The building has been slapped with a number of violations over the years. 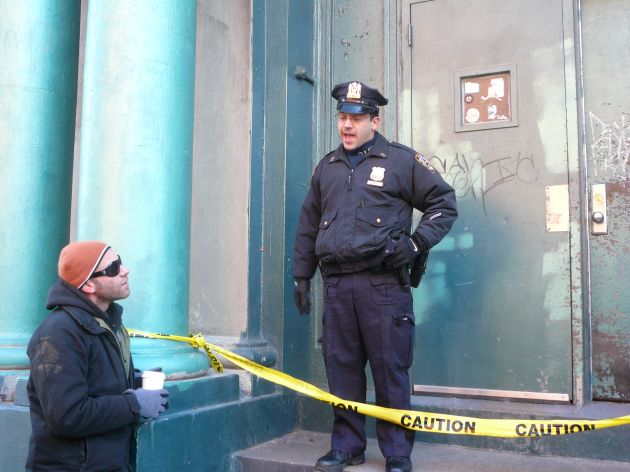 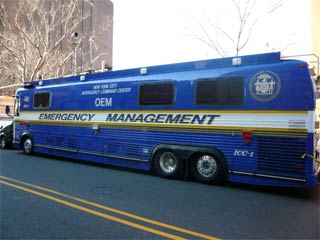 This morning, the police on hand were letting residents wait inside the lobby to stay warm while they made arrangements to move out their belongings; an Office of Emergency Management Command Center was stationed across the street from the entrance.

We spoke with a third floor resident who wished to remain anonymous. When asked why he thought they were evicted on such a bitterly cold night, he told us:

I don’t think anyone knows. We’re essentially thrown out on the street, for safety issues and a lack of occupancy. But there are about 300 residents here who’ve been renting under the guise of being able to live here. We pay rent to a company named Sheila Management.

And it’s not like we’re living here as a slum. People are paying a ton of money; there are lawyers who live here, doctors, producers and some of the most famous photographers in the world. It’s a pretty substantial group of people paying a lot of money to live here. I was paying close to $2,000 a month for a 900 square feet space. My place was set up with kitchen, stove, track lighting and all that stuff. There are people who spent tens of thousands of dollars on their space.

Asked when he thought they’d be able to return, he said, “Not anytime soon. There’s months of work they have to do and they need a certificate of occupancy. Sheila owns the whole lot and I don’t want to speculate but there’s a reason they want to empty the whole lot.” 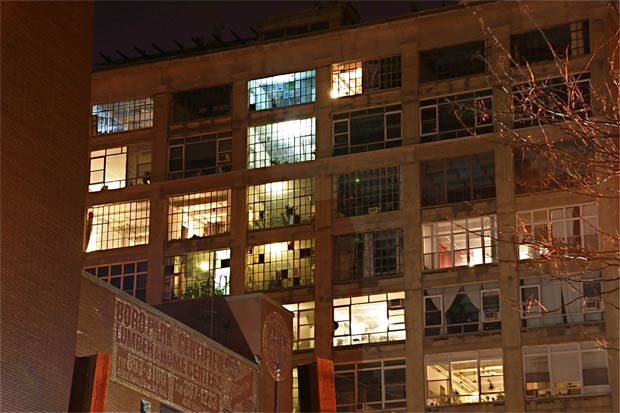 Photograph of 475 Kent Avenue at night by imjustsayin' on Flickr

Building owner Nachman Brach also owns the Williamsburg building where firefighter Daniel Pujdak fell to his death last year. The FDNY had been responding to a fire, which was accidentally set by a resident's cigarette in the illegally converted building (though Brach was in the process of trying to legalize the situation). We asked another former resident of the building if he knew he was living in an illegal conversion:

Well, when I first moved in, in 2002, I had no idea. My girlfriend at
the time found it on Craigslist and we went through the normal process of signing a lease, giving a security deposit, etc... It wasn't until a year or so later when we tried to upgrade our cable to carry internet when our provider told us that a commercial internet package was around $300.00 a month. I insisted that I didn't need a commercial contract but they then informed me that the building was zoned as commercial.

He also mentioned that a number of film and TV shoots and weddings took place in the building and added, "I hope that these violations can somehow be addressed because it would be a shame to see this building sitting vacant, demolished, or converted into million dollar condos. There is also the fact that hundreds of people/families call this home and have so for years. It really is a shame and there should be something that the people there can do."