A three-year-old boy drowned after managing to get into a gated above-ground pool at a Staten Island daycare facility yesterday. 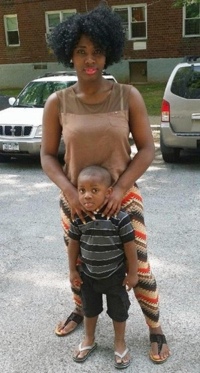 Edward Harris was left in the backyard play area of Mother Byrd Licensed Daycare Preschool. The Daily News reports that the boy's mother and father thought the other was watching him:

The toddler’s mother, Maria Johnson, 23, was supposed to be watching the child, but was on the phone making a hair appointment when he wandered into the pool, the boy’s father, Robert Battipaglia, told the Daily News.

But Johnson said the father never told her he left the boy in the play area. She said she was on the phone when she looked out the back window and saw her son in the pool. “I had to jump in the water and pull him out. He was floating. I put him on his side and his father had to do CPR on him,” Johnson, still wet and wrapped in a sheet, and appearing to be in shock, told The News...

Battipaglia said he left the child in a play area at the side of the center, where there are toys. He said he yelled at the mother through an open window of the center to watch the child, then went back to his car to wait for her to get off work.

According to the Post's sources, "The boy had bolted into the back yard undetected, stacked boxes next to the pool, climbed up and jumped in." There have been no violations at the daycare over the past 24 months. The investigation is continuing.

#daycare
#drowning
#staten island
#tragedy
Do you know the scoop? Comment below or Send us a Tip