3 Firefighters, One Civilian Injured When Fire Truck Collides With Minivan

A fire truck responding to a report of smoke and a ringing fire alarm crashed into a minivan in Williamsburg this morning and careened up onto the sidewalk. Three firefighters were injured in the collision, which occurred around 11 a.m. at the intersection of Marcy and Hewes, but an FDNY spokesperson tells us the injuries were minor.

A civilian was also injured, but he was transported by Hatzalah, and the FDNY did not have any information about his condition. Yeshiva World reports that he is hospitalized non-life threatening injuries. (ABC describes the injuries as "more serious.") As for the "smoke" emergency, there wasn't any. The FDNY tells us it was a "malicious false alarm." 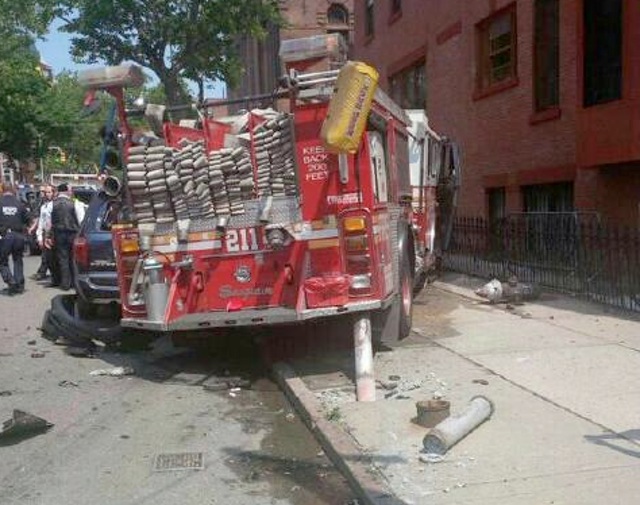 #brooklyn
#fdny
#williamsburg
Do you know the scoop? Comment below or Send us a Tip