Daily News editorial board member Alexander Nazaryan is afraid. Not of 17th century English literature, but of biking in New York City. "While it is possible to bike in New York, it is not wise to do so," he writes after a 70-mile ride around town, which is apparently more than enough mileage to "convert" a former bike lane "believer" (with "believers" like Nazaryan who needs skeptics?). We won't tackle all of Nazaryan's mischaracterizations and cliches, but we will offer three of our favorite bike routes to show him that instead of cowering in fear, New Yorkers can (and should!) be pedaling without fear (but with the usual abundance of caution).

Amazingly, most of Nazaryan's article stresses how lawbreaking motorists make cycling a harrowing experience, but he reaches the conclusion that the solution (for him, anyway) is to stop biking, not, you know, to push for more bike lanes that in turn make streets safer for everyone.

While the lanes can be serviceable, drivers and pedestrians respect them purely as a matter of convenience. Just as bad, the lanes inexplicably start here and stop there, often funneling bicyclists into conditions perilous to them and others.

True enough, you're more likely to bike on streets without bike lanes, so these routes reflect that reality. After all, only 4% of the city's roads have them. So we won't cheat and use routes with only bike lanes. 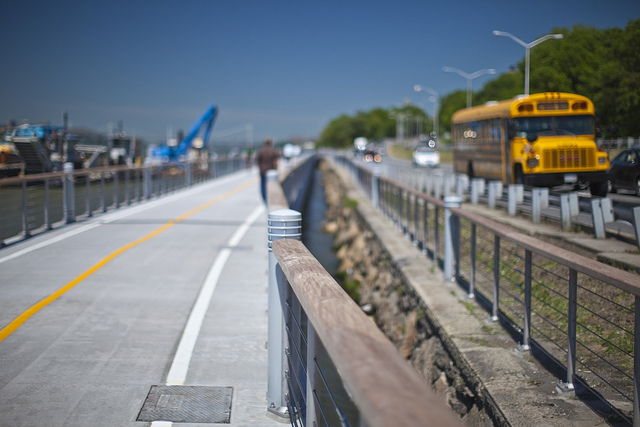 Nazaryan says he was "constantly bumping into joggers" on the protected bike lanes of the Hudson River Greenway, and "endlessly, nervously, trying to zigzag past innocent pedestrians—while at the same time hoping not to get hit by the bikers, skateboarders and roller-bladers coming at me from the opposite direction."

But if Nazaryan had kept riding he would have seen that the lanes extend past the tourist-choked nightmare of the Intrepid and extend all the way up the West Side. You're rewarded with a superb breeze from the water, pit-stop opportunities (Boat Basin, anyone?), and a workout: the hills to connect onto 181st Street are brutal on your calves. The halfway point is the gorgeous loop around Margaret Corbin Drive, where you're treated to aerial, unimpeded views of bucolic splendor. Let Shake Shack reward you at the finish line. 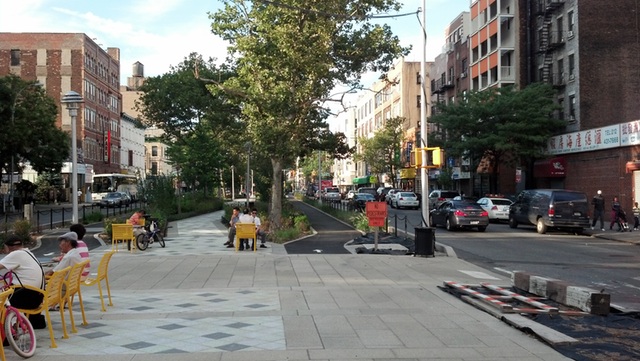 From Crusties To Bougies

Nazaryan calls the protected bike lane on Chrystie along Sarah Roosevelt Park "a gorgeous strip, but it's miniscule and, as far as I could tell, leads absolutely nowhere useful." Not true: if he had kept pedaling he might have reached the Manhattan Bridge, but we'd suggest using the brand spanking-new protected lanes on Allen Street. Start at Tompkins Square Park onto Avenue A, and once you're on Rivington it's bike lanes all the way to Brooklyn Bridge Park (minus a cobblestone stretch of York Street—damn you, DUMBO.) Enjoy the superb views on the bridge (mind the construction) and spread a blanket out on the grass and watch the ships roll through the East River. 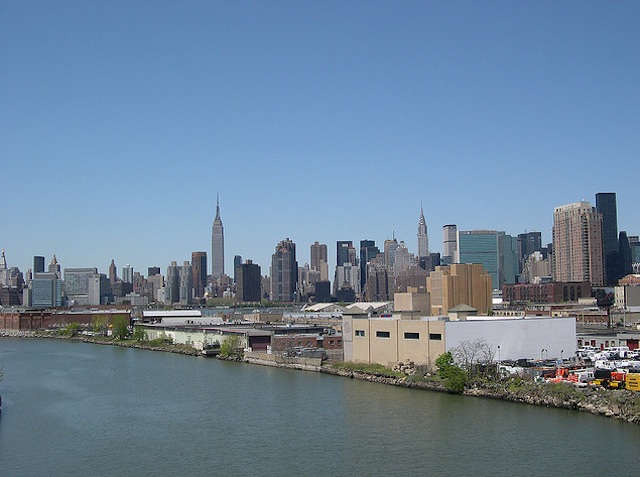 View from the Pulaski Bridge (Triborough)

As far as we know Nazaryan didn't ride through North Brooklyn, preferring to grind his gears in the considerably less bike-friendly environs of Flatbush and beyond. But this ride has it all: stunning views of Manhattan, copious amounts of nibbles and stopping points, a cool-down through McCarren, and the option of locking up next to Pies N' Thighs to fuel up before tackling the Williamsburg Bridge.

The gem of the ride has to be the Noble Street to Lorimer Street connection. One moment you're amidst the belching buses and noisy commerce of Manhattan Avenue, and the next you're in Mayberry. You can actually hear the leaves rustle, which is impossible if you're clutching your MetroCard, cursing the delayed train, all because there's nowhere to bike safely in New York City.

The audit comes as Mayor Eric Adams ramps up his administration’s plans to tackle rising homelessness.

He made the comments on "Ask Governor Murphy," the monthly call-in show hosted by WNYC, WBGO and WHYY.

He made the comments on "Ask Governor Murphy," the monthly call-in show hosted by WNYC, WBGO and WHYY.