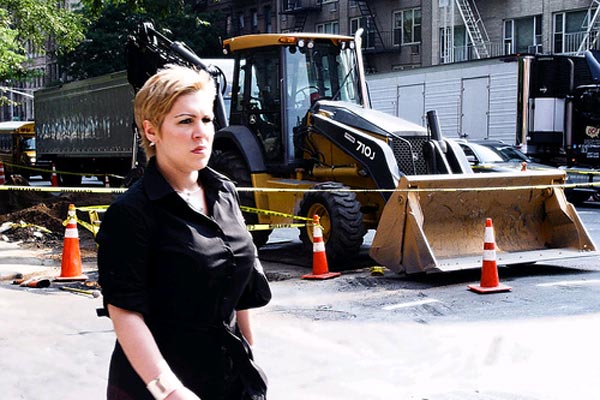 While Upper East Side residents feel it's been hell without a second subway line, some Second Avenue business owners are feeling the pinch from the MTA's construction of the long-awaited Second Avenue Subway. Yesterday, businesses asked Mayor Bloomberg to give them a hand, by boosting state legislation aimed at aiding them.

According to the Daily News, the legislation would "give tenants and landlords grants, sales-tax reprieves and property-tax abatements." Business owners point to construction crews and equipment on the street and curb as obstacles for potential customers. Blondie's Restaurant owner Jill Homorodean, who stopped lunch service because of the lack of foot traffic, said, "It's just heartbreaking to see my work get run into the ground."

Crowe's Nest Bar and Restaurant owner Eddie Crowe told the Post, "Six businesses have closed since the start of construction in April of 2007, and several more are on their last legs." However, Bloomberg spokesman said, "There are tangible steps the city is taking to help minimize the temporary impact of the subway construction on businesses, but granting blanket tax abatements would be a mistake, especially given the current pressure on taxpayer dollars."

You can read more about the proposed legislation here; the Second Avenue Business Association hopes it is passed before the legislative session ends on Monday.