The shocking murder of the Gambino crime family's boss may not be mafia related after all: The NYPD announced that 24-year-old Staten Island resident Anthony Comello was arrested in connection with the death of Francesco "Franky Boy" Cali, who was gunned down in front of his home last week.

Around 9:15 p.m. on March 13th, Cali, 53, was shot 10 times on the street outside of 25 Hilltop Terrace in the Todt Hill section of Staten Island. Witnesses said a truck was seen speeding away from the scene, and investigators said that Cali may have been lured from his house by someone who drove into Cali's Cadillac. NYPD Chief of Detectives Dermot Shea announced on Saturday that Comello had been taken into custody, but added, "While we believe we have the shooter in custody in this incident, the investigation is far from over."

Comello's arrest, at first, suggests that Cali's death was not related to a power grab by another member of the Gambinos. According to the Daily News, "One possibility is that Comello believed Cali was stopping him from being involved with Cali’s niece, said police sources."

A childhood friend of Comello told the News, "He loved that girl a lot apparently. And that man must [have] said something to set him off." The friend also said that Comello was "misunderstood and a little mentally disfigured."

Cali's niece was apparently at her uncle's home for dinner on the night of the murder.

Video footage from the neighborhood shows the killer giving Cali a license plate, which Cali threw into his SUV's trunk before he was shot. The suspect's prints were reportedly found on the plate, because Comello had previously submitted fingerprints for a rifle permit, according to the Post. That discovery prompted the FBI to decrease its attention on the case. A Post source chuckled, "This went from the perfect crime to amateur hour."

Was this headline written by the mob?? pic.twitter.com/x2MAu6kaeu

Comello was arrested at his family's shore house in Brick, NJ. His defense lawyer Robert Gottlieb said he will waive extradition to face charges. "The people who know him best, his family and friends, cannot believe what they are hearing," he told the Post. "There is something very wrong here and we will get to the bottom of it." The News, via law enforcement sources, reports that Comello "told cops he smoked pot before the killing and tried to float a self-defense theory," saying Cali came at him with a gun.

Security for Comello may become a concern; a high-ranking NYPD official told the Post, "Maybe there’s some guys who are wiseguys in jail who will show their allegiance to the Gambinos and say, ‘We’ll take care of this guy.’" 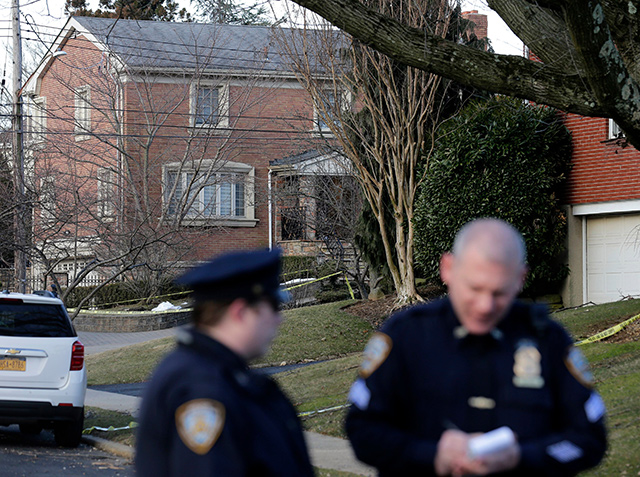 Cali's murder was the first death of a mob boss since Paul Castellano was fatally shot outside of Sparks Steakhouse in Manhattan in 1985. That hit was ordered by John Gotti, and Cali's death prompted speculation that Gotti's brother, Gene, may have been behind the shooting in order to consolidate power in the organization. Gotti's son, John Gotti Jr., demanded that the various police sources who opined about a possible Gambino civil war apologize to his uncle, "He has grandchildren and to have to endure the last several days of that propaganda nonsense. I’m sure it was hurtful to the kids and this is the problem we have today."

#anthony comello
#frank cali
#gambino
#john gotti
#mafia
#mob
#staten island
Do you know the scoop? Comment below or Send us a Tip