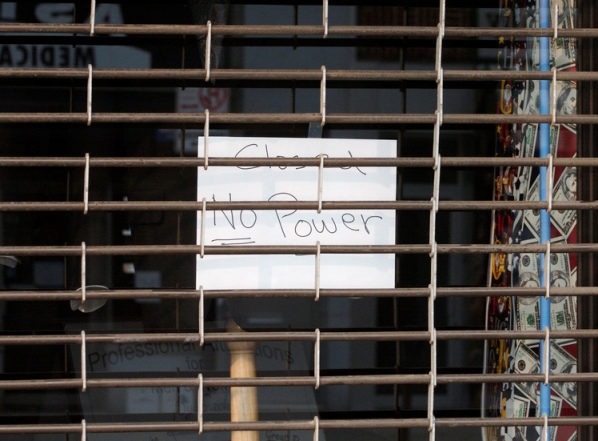 We're getting reports of a blackout on the Upper East Side, from the East 60s up to Harlem, on Third Avenue (mostly about transit blackouts) and York Avenue in the 80s. Subway service is affected - the 4/5/6 line is down. A reader whose friend was at Randalls Island says a Con Ed station exploded.

UPDATE: 4PM WNBC reports that the outages are all along the East Side. OEM says "transformer explosions caused at least some of the outages."

WCBS880 says the outage could be as broad as "South Bronx/ East Harlem down to East Village."

UPDATE: 4:15PM CityRoom says service on the E and V on the East Side and the D line in the Bronx are affected. Apparently there was an explosion at a substation in the Bronx, but WCBS Radio was saying Con Ed wasn't involved.

Traffic lights are out in the South Bronx; the 2/5 is shut down (just in the Bronx, we think).

UPDATE: 4:25PM OEM now says 375,000 customers are without power in the Bronx and Manhattan.

According to Dan Dickinson, traffic lights north of 72nd Street and York Avenue on the East Side are down, south of 72nd are fine. Sirens are blaring. And readers are reporting some outages on the East Side, as well as areas where there is power.

UPDATE: 4:30PM The Metropolitan Museum was evacuated. NY1 reports that there were no people trapped in trains. And here are two Con Ed quotes:
- Per WNBC 4: "There's something happening on the Upper East Side. I can't tell you how big it is yet."
- Per CityRoom: "We had a transmission disturbance that has affected areas of the western Bronx and the Upper East Side. We are investigating the cause. It’s affecting 136,700 customers." (Con Ed and OEM count customers differently: A Con Ed customer can mean a whole apartment building, while OEM counts customers as a business or household.)

UPDATE: 4:35PM We're hearing lights are back on the Upper East Side (at least at 84th and 5th Avenue). Also, trapped trains are being moved using emergency power.

UPDATE: 4:40PM Con Ed is now saying power is being restored to the Bronx and Manhattan. The failure might be due to a transmission line; lightning may have been involved, too.

And re: train service, the trains can technically run because they are on DC power, but track signals that use AC power (from Con Ed) were knocked out.

UPDATE: 5:01PM Power is back on according to officials.

And thanks to reader melanarchy who says MTA's TripPlanner page is usually available. That service advisory says:

Following a Power dip affecting our signals on the East Side of Manhattan and portions of the Bronx, we now have signal power, allowing us to operate trains safely.

Service on the 4, 5, 6, D, E, V is returning but with extensive delays. Passengers are advised to allow for extra time and if possible, stagger their commute home.

We apologize for the unavoidable delays in service.

Some officials says those heading up to the Bronx from Manhattan take a crosstown shuttle and take the 2/3 uptown. Also expect delays on Metro-North trains out of Grand Central. 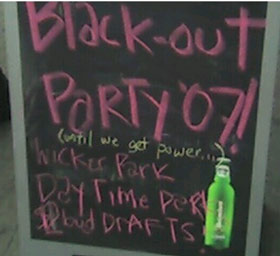 NYCT Subways: Service on the 4 5 6 D E V is returning but with extensive delays. Passengers are advised to allow for extra time and if possible, stagger their commute home.

Bridges and Tunnels: Power has been restored. (Power was only out at the Triboro, which operated normally on backup generators).

LIRR was not affected by the outage.

How do you stagger a commute? Coordinate with other people trying to get onto the train? Take a subway one leg of the trip, get out at your transfer, chill out for 15 minutes, then continue on after getting an iced coffee?