$20,000 For a Non-Existent Kindergarten Education 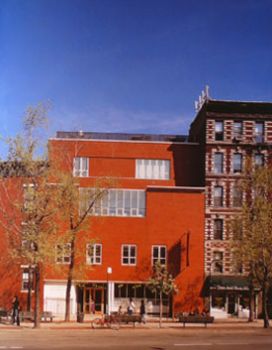 There's a lesson that parents should learn before signing contracts for a private school: always read the fine print. The NY Times tells the story of a Soho couple (David and Michele Bender) whose daughter won a coveted, if pricey--$26,000/year--spot in the kindergarten program at the West Village's Little Red School House (pictured).

The Benders put down a $2,500 deposit and another $7,500 towards the tuition, but then three months later, their daughter was accepted into a public (and free) gifted-and-talented school. When Mr. Bender told the Little Red School House their daughter wouldn't be attending, it was only to learn that the private school "would hold him accountable for all of it — the whole tuition, a commitment he had made when he signed the contract back in February."

Allegedly schools try to fill the vacant slot before digging into the pockets of parents; The Times touches upon the gray areas (“it wouldn’t have been hard for Little Red to fill that spot"), but in the end the contract stood, though the school did forgo charging $6,000 of the tuition.

And the Benders better hope their kid gets into a magnet high school--private high schools cost close to $30,000/year in tuition!

#Bender's
#Little Red School House
#private
#private school
#tuition
#west village
Do you know the scoop? Comment below or Send us a Tip